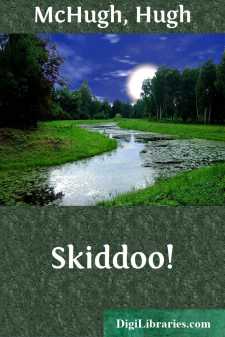 I was down on the card to make a quick jump to Pittsburg a few nights ago, and I'm a lemon if I didn't draw an upper berth in the sleeping car thing!

Say! I'll be one of a party of six to go before Congress and tell all I know about an upper berth.

And I'd like to tell it right now while I'm good and hot around the collar.

The upper berth in a sleeping car is the same relation to comfort that a carpet tack is to a bare foot.

As a place to tie up a small bundle of sleep a boiler factory has it beat to a whimper.

Strong men weep every time the ticket agent says, "Nothing left but an upper," and lovely women have hysterics and begin to make faces at the general public when the colored porter points up in the air and says, "Madam, your eagle's nest is ready far up the mountain side."

The sleeping car I butted into a few nights ago was crowded from the cellar to the attic and everybody present bumped into everybody else, and when they weren't bumping into each other they were over in a corner somewhere biting their nails.

While the porter was cooking up my attack of insomnia I went out in the smoking-room to drown my sorrow, but I found such a bunch of sorrow killers out there ahead of me that I had to hold the comb and brush in my lap and sit up on the towel rack while I took a little smoke.

Did you ever notice on your travels that peculiar hog on the train who pays two dollars for a berth and always displaces eight dollars' worth of space in the smoking car?

If he would bite the end of a piece of rope and light up occasionally it wouldn't be so bad, but nix on the smoke for him.

He simply sits there with a face like a fish and keeps George Nicotine and all the real rag burners from enjoying a smoke.

If ever a statue is needed of the patriot Buttinski I would suggest a model in the person of the smokeless smoker who always travels in the smoking-car.

Two busy gazabes were discussing politics when I squeezed into the smoker on this particular occasion, and I judge they both had lower berths, otherwise their minds would have been busy with dark and personal fears of the future.

"Well," exclaimed the gabby one from Kansas City, "what is politics? Well, what is it?"

Everybody present peeled the cover off a loud laugh and the smokeless hog at the window stole four inches extra space so that he could shake more when he giggled.

"A politician," replied the fat man from Providence, "a politician is the reason we have so much politics."

Much applause left the hands of those present, and the smokeless hog turned sideways so that he could make the others more uncomfortable.

"Perhaps," insinuated gabby Jim from Kansas City, "perhaps you know what a statesman is, eh?"

"A statesman is a politician in good luck," was the come-back from our fat friend from Providence, and in the enthusiasm which followed the smokeless hog found out there was no buffet car on the train, so he offered to buy the drinks....