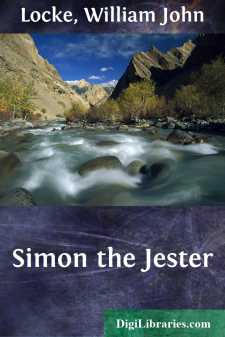 I met Renniker the other day at the club. He is a man who knows everything—from the method of trimming a puppy's tail for a dog-show, without being disqualified, to the innermost workings of the mind of every European potentate. If I want information on any subject under heaven I ask Renniker.

"Can you tell me," said I, "the most God-forsaken spot in England?"

Renniker, being in a flippant mood, mentioned a fashionable watering-place on the South Coast. I pleaded the seriousness of my question.

"What I want," said I, "is a place compared to which Golgotha, Aceldama, the Dead Sea, the Valley of Jehoshaphat, and the Bowery would be leafy bowers of uninterrupted delight."

"Then Murglebed-on-Sea is what you're looking for," said Renniker. "Are you going there at once?"

"It's November," said he, "and a villainous November at that; so you'll see Murglebed-on-Sea in the fine flower of its desolation."

I thanked him, went home, and summoned my excellent man Rogers.

"Rogers," said I, "I am going to the seaside. I heard that Murglebed is a nice quiet little spot. You will go down and inspect it for me and bring back a report."

He went blithe and light-hearted, though he thought me insane; he returned with the air of a serving-man who, expecting to find a well-equipped pantry, had wandered into a charnel house.

"It's an awful place, sir. It's sixteen miles from a railway station. The shore is a mud flat. There's no hotel, and the inhabitants are like cannibals."

"I start for Murglebed-on-Sea to-morrow," said I.

Rogers started at me. His loose mouth quivered like that of a child preparing to cry.

"We can't possibly stay there, sir," he remonstrated.

His face brightened. Almost cheerfully he assured me that I should find nothing to eat in Murglebed.

"You can amuse yourself," said I, "by sending me down a daily hamper of provisions."

"There isn't even a church," he continued.

"Then you can send me down a tin one from Humphreys'. I believe they can supply one with everything from a tin rabbit-hutch to a town hall."

He sighed and departed, and the next day I found myself here, in Murglebed-on-Sea.

On a murky, sullen November day Murglebed exhibits unimagined horrors of scenic depravity. It snarls at you malignantly. It is like a bit of waste land in Gehenna. There is a lowering, soap-suddy thing a mile away from the more or less dry land which local ignorance and superstition call the sea. The interim is mud—oozy, brown, malevolent mud. Sometimes it seems to heave as if with the myriad bodies of slimy crawling eels and worms and snakes. A few foul boats lie buried in it.

Here and there, on land, a surly inhabitant spits into it. If you address him he snorts at you unintelligibly. If you turn your back to the sea you are met by a prospect of unimagined despair. There are no trees. The country is flat and barren. A dismal creek runs miles inland—an estuary fed by the River Murgle....