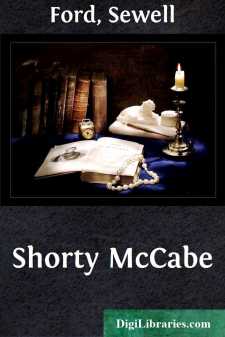 Excuse me, mister man, but ain't you—Hello, yourself! Blamed if I didn't think there was somethin' kind of natural about the looks, as you come pikin' by. How're they runnin', eh?

Well say, I ain't seen you since we used to hit up the grammar school together. You've seen me, eh? Oh, sure! I'd forgot. That was when you showed up at the old Athletic club the night I got the belt away from the Kid. Doin' sportin' news then, wa'n't you? Chucked all that now, I s'pose?

Oh, I've kept track of you, all right. Every time I sees one of your pieces in the magazines I reads it. And say, some of 'em's kind of punk. But then, you've got to sling out somethin' or other, I expect, or get off the job. Where do you dig up all of them yarns, anyway? That's what always sticks me. You must knock around a whole bunch, and have lots happen to you. Me? Ah, nothin' ever happens to me. Course, I'm generally on the move, but it's just along the grub track, and that ain't excitin'.

Yes, it's been a couple of years since I quit the ring. Why? Say, don't ever put that up to a has-been. It's almost as bad as compoundin' a felony. I could give you a whole raft of reasons that would sound well, but there's only one that covers the case. There's a knockout comin' to the best of 'em, if they hang to the game long enough. Some ain't satisfied, even after two or three. I was. I got mine, clean and square, and I ain't ashamed of it. I didn't raise any holler about a chance shot, and I didn't go exhibitin' myself on the stage. I slid into a quiet corner for a month or so, and then I dropped into the only thing I knew how to do, trainin' comers to go against the champs. It ain't like pullin' down your sixty per cent of the gate receipts, but there's worse payin' jobs.

Course, there's times when I finds myself up against it. It was durin' one of them squeezes, not so long ago, that I gets mixed up with Leonidas Dodge, and all that foolishness. Ah, it wa'n't anything worth wastin' breath over. You would? Honest? Well, it won't take long, I guess.

You see, just as my wad looks like it had shrunk so that it would rattle around in a napkin ring, someone passes me the word that Butterfly was down to win the third race, at 15 to 1. Now as a general thing I don't monkey with the ponies, but when I figured up what a few saw-bucks would do for me at those odds, I makes for the track and takes the high dive. After it was all over and I was comin' back in the train, with only a ticket where my roll had been, me feelin' about as gay as a Zulu on a cake of ice, along comes this Mr. Dodge, that I didn't know from next Tuesday week.

"Is it as bad as that?" says he, sizin' up the woe on my face. "Because if it is they ought to give you a pension. What was the horse?"

Well, you see, that made us almost second cousins by marriage and we started to get acquainted. I looked him over careful but I couldn't place him within a mile....