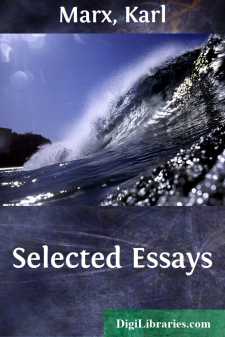 Add to My Favorites
Published: 9 years ago
Downloads: 96
Rating: (0 Votes)

A CRITICISM OF THE HEGELIAN PHILOSOPHY OF RIGHT

The profane existence of error is threatened when its heavenly oratio pro aris et focis has been refuted.

He who has only found a reflexion of himself in the fantastic reality of heaven where he looked for a superman, will no longer be willing to find only the semblance of himself, only the sub-human, where he seeks and ought to find his own reality.

The foundation of the criticism of religion is: Man makes religion, religion does not make man. Religion indeed is man's self-consciousness and self-estimation while he has not found his feet in the universe. But Man is no abstract being, squatting outside the world. Man is the world of men, the State, society. This State, this society produces religion, which is an inverted world-consciousness, because they are an inverted world. Religion is the general theory of this world, its encyclopædic compendium, its logic in popular form, its spiritualistic Point d'honneur, its enthusiasm, its moral sanction, its solemn complement, its general basis of consolation and justification. It is the fantastic realization of the human being, inasmuch as the human being possesses no true reality. The struggle against religion is therefore indirectly the struggle against that world whose spiritual aroma is religion.

Religious misery is in one mouth the expression of real misery, and in another is a protestation against real misery. Religion is the moan of the oppressed creature, the sentiment of a heartless world, as it is the spirit of spiritless conditions. It is the opium of the people.

Criticism has plucked the imaginary flowers which adorned the chain, not that man should wear his fetters denuded of fanciful embellishment, but that he should throw off the chain, and break the living flower.

It is therefore the task of history, once the thither side of truth has vanished, to establish the truth of the hither side.