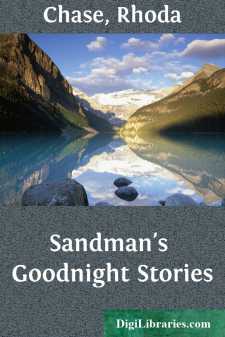 Dicky Duck was a very wise young fellow. He swam about the pond alone long before his brothers left their mother, and such worms and bugs and things of that sort as he found made all the other young ducks quite green with envy.

But one day Dicky Duck almost lost his life by thinking he was so wise, for he was swimming around the pond when he came to the woods where Mr. Fox was hiding back of some bushes.

Dicky did not go near enough for Mr. Fox to catch him, but Mr. Fox could see that he was a nice plump duck and it made his eyes shine with longing to look at him.

"Ah me," he sighed as Dicky swam by, "if only I knew some wise creature to ask! I am far too dull to know anything myself."

When Dicky heard the word "wise" he felt sure that meant him, for was not he the wisest duck of his size and age? So he stopped swimming and looked around.

Mr. Fox had hidden himself well under the bushes now. Not even the tip of his nose could be seen and he made his voice sound very weak, as if he were a very small animal.

"Who is it that wants to know a wise creature?" asked Dicky Duck.

"Oh, a poor little animal called Eatyoup," answered Mr. Fox, laughing so at his joke that he could hardly speak. "I am very stupid and do not know much and I have no wise friends."

Dicky Duck had never heard of an Eatyoup, but he had no intention of letting anyone think there was anything he did not know, so he swam nearer and said, "Well, I am wise, and if you wish to know anything ask me. Come out where I can see you and we can talk to each other better." He was trying all the time to get a glimpse of the new animal, but Mr. Fox was a wise creature himself and he had no intention of being seen.

"Oh, dear! I should hate to show my miserable little self to such a big, fine-looking creature as you are," he said. "It is bad enough to have you know I am stupid, but if you will come closer I will tell you what it is I want to know."

Dicky Duck by this time was very brave, for what had he to fear from so small a creature as the Eatyoup. So he swam right up to the side of the pond and out bounced Mr. Fox and almost caught him.

If Dicky had not used his wings as well as his feet he would not have escaped, but he was in the middle of the pond, swimming for dear life, by the time Mr. Fox was in the water, and as the farm was not far off Mr. Fox decided not to risk his life.

When Dicky Duck reached the barnyard he told all the fowl about the strange animal he had seen, called an Eatyoup, and that, while he had a very weak voice, he was almost as large as big Rover, the dog.

Of course everyone thought Dicky wiser than ever when he told this, but for all that he was very careful not to swim near the woods again, for, though he had told the fowl he had seen an Eatyoup, he was pretty sure in his own mind that he had met Mr. Fox.

THE TELL-TALE GOBLIN The Tell-Tale Goblin

Once upon a time there was a Little Fairy who loved to wander by the river, and as the Fairy Queen does not like her subjects to go too near the water, the Little Fairy had to steal away.

Always when they held a revel this Little Fairy would fly away from the dance and wander down by the river to watch the ripple of the water as it flowed over the pebbles and stones....