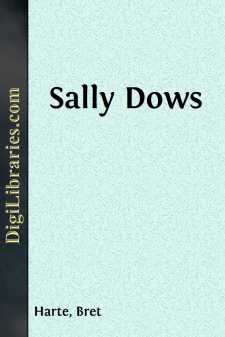 THE LAST GUN AT SNAKE RIVER.

What had been in the cool gray of that summer morning a dewy country lane, marked only by a few wagon tracks that never encroached upon its grassy border, and indented only by the faint footprints of a crossing fox or coon, was now, before high noon, already crushed, beaten down, and trampled out of all semblance of its former graciousness. The heavy springless jolt of gun-carriage and caisson had cut deeply through the middle track; the hoofs of crowding cavalry had struck down and shredded the wayside vines and bushes to bury them under a cloud of following dust, and the short, plunging double-quick of infantry had trodden out this hideous ruin into one dusty level chaos. Along that rudely widened highway useless muskets, torn accoutrements, knapsacks, caps, and articles of clothing were scattered, with here and there the larger wrecks of broken-down wagons, roughly thrown aside into the ditch to make way for the living current. For two hours the greater part of an army corps had passed and repassed that way, but, coming or going, always with faces turned eagerly towards an open slope on the right which ran parallel to the lane. And yet nothing was to be seen there. For two hours a gray and bluish cloud, rent and shaken with explosion after explosion, but always closing and thickening after each discharge, was all that had met their eyes. Nevertheless, into this ominous cloud solid moving masses of men in gray or blue had that morning melted away, or emerged from it only as scattered fragments that crept, crawled, ran, or clung together in groups, to be followed, and overtaken in the rolling vapor.

But for the last half hour the desolated track had stretched empty and deserted. While there was no cessation of the rattling, crackling, and detonations on the fateful slope beyond, it had still been silent. Once or twice it had been crossed by timid, hurrying wings, and frightened and hesitating little feet, or later by skulkers and stragglers from the main column who were tempted to enter it from the hedges and bushes where they had been creeping and hiding. Suddenly a prolonged yell from the hidden slope beyond—the nearest sound that had yet been heard from that ominous distance—sent them to cover again. It was followed by the furious galloping of horses in the lane, and a handsome, red-capped officer, accompanied by an orderly, dashed down the track, wheeled, leaped the hedge, rode out on the slope and halted. In another instant a cloud of dust came whirling down the lane after him. Out of it strained the heavy shoulders and tightened chain-traces of six frantic horses dragging the swaying gun that in this tempest of motion alone seemed passive and helpless with an awful foreknowledge of its power. As in obedience to a signal from the officer they crashed through the hedge after him, a sudden jolt threw an artilleryman from the limber before the wheel. A driver glanced back on the tense chain and hesitated. "Go on!" yelled the prostrate man, and the wheel went over him....