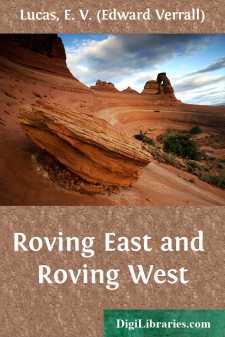 Although India is a land of walkers, there is no sound of footfalls. Most of the feet are bare and all are silent: dark strangers overtake one like ghosts.

Both in the cities and the country some one is always walking. There are carts and motorcars, and on the roads about Delhi a curious service of camel omnibuses, but most of the people walk, and they walk ever. In the bazaars they walk in their thousands; on the long, dusty roads, miles from anywhere, there are always a few, approaching or receding.

It is odd that the only occasion on which Indians break from their walk into a run or a trot is when they are bearers at a funeral, or have an unusually heavy head-load, or carry a piano. Why there is so much piano- carrying in Calcutta I cannot say, but the streets (as I feel now) have no commoner spectacle than six or eight merry, half-naked fellows, trotting along, laughing and jesting under their burden, all with an odd, swinging movement of the arms.

One of one's earliest impressions of the Indians is that their hands are inadequate. They suggest no power.

Not only is there always some one walking, but there is always some one resting. They repose at full length wherever the need for sleep takes them; or they sit with pointed knees. Coming from England one is struck by so much inertness; for though the English labourer can be lazy enough he usually rests on his feet, leaning against walls: if he is a land labourer, leaning with his back to the support; if he follows the sea, leaning on his stomach.

It was interesting to pass on from India and its prostrate philosophers with their infinite capacity for taking naps, to Japan, where there seems to be neither time nor space for idlers. Whereas in India one has continually to turn aside in order not to step upon a sleeping figure— the footpath being a favourite dormitory—in Japan no one is ever doing nothing, and no one appears to be weary or poor.

India, save for a few native politicians and agitators, strikes one as a land destitute of ambition. In the cities there are infrequent signs of progress; in the country none. The peasants support life on as little as they can, they rest as much as possible and their carts and implements are prehistoric. They may believe in their gods, but fatalism is their true religion. How little they can be affected by civilisation I learned from a tiny settlement of bush-dwellers not twenty miles from Bombay, close to that beautiful lake which has been transformed into a reservoir, where bows and arrows are still the only weapons and rats are a staple food. And in an hour's time, in a car, one could be telephoning one's friends or watching a cinema!

I did not have to wait to reach India for that great and exciting moment when one is first called "Sahib." I was addressed as "Sahib," to my mingled pride and confusion, at Marseilles, by an attendant on the steamer which I joined there. Later I grew accustomed to it, although never, I hope, blasé; but to the end my bearer fascinated me by alluding to me as Master—not directly, but obliquely: impersonally, as though it were some other person that I knew, who was always with me, an alter ego who could not answer for himself: "Would Master like this or that?" "At what time did Master wish to be called?"

And then the beautiful "Salaam"...!