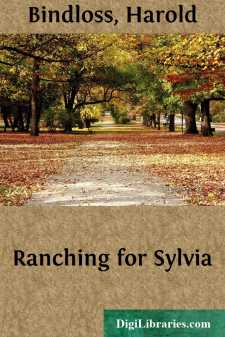 CHAPTER I A STRONG APPEAL

It was evening of early summer. George Lansing sat by a window of the library at Brantholme. The house belonged to his cousin; and George, having lately reached it after traveling in haste from Norway, awaited the coming of Mrs. Sylvia Marston in an eagerly expectant mood. It was characteristic of him that his expression conveyed little hint of his feelings, for George was a quiet, self-contained man; but he had not been so troubled by confused emotions since Sylvia married Marston three years earlier. Marston had taken her to Canada; but now he was dead, and Sylvia, returning to England, had summoned George, who had been appointed executor of her husband's will.

Outside, beyond the broad sweep of lawn, the quiet English countryside lay bathed in the evening light: a river gleaming in the foreground, woods clothed in freshest verdure, and rugged hills running back through gradations of softening color into the distance. Inside, a ray of sunlight stretched across the polished floor, and gleams of brightness rested on the rows of books and somber paneling. Brantholme was old, but modern art had added comfort and toned down its austerity; and George, fresh from the northern snow peaks, was conscious of its restful atmosphere.

In the meanwhile, he was listening for a footstep. Sylvia, he had been told, would be with him in two or three minutes; he had already been expecting her for a quarter of an hour. This, however, did not surprise him: Sylvia was rarely punctual, and until she married Marston, he had been accustomed to await her pleasure.

She came at length, clad in a thin black dress that fitted her perfectly; and he rose and stood looking at her while his heart beat fast. Sylvia was slight of figure, but curiously graceful, and her normal expression was one of innocent candor. The somber garments emphasized the colorless purity of her complexion; her hair was fair, and she had large, pathetic blue eyes. Her beauty was somehow heightened by a hint of fragility: in her widow's dress she looked very forlorn and helpless; and the man yearned to comfort and protect her. It did not strike him that she had stood for some moments enduring his compassionate scrutiny with exemplary patience.

He thrilled at the assurance; but he was not an effusive person. He brought a chair for her.

"I started as soon as I got your note," he answered simply. "I'm glad you're back again."

He did not think it worth while to mention that he had with difficulty crossed a snow-barred pass in order to save time, and had left a companion, who resented his desertion, in the wilds; but Sylvia guessed that he had spared no effort, and she answered him with a smile.

"Your welcome's worth having, because it's sincere."

Those who understood Sylvia best occasionally said that when she was unusually gracious it was a sign that she wanted something; but George would have denied this with indignation.

"If it wouldn't be too painful, you might tell me a little about your stay in Canada," he said by and by....