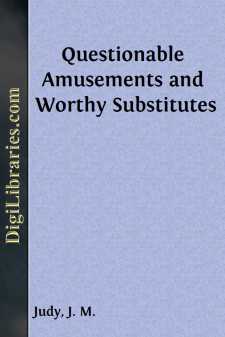 Tobacco wastes the body. It is used for the nicotine that is in it. This peculiar ingredient is a poisonous, oily, colorless liquid, and gives to tobacco its odor. This odor and the flavor of tobacco are developed by fermentation in the process of preparation for use. "Poison" is commonly defined as "any substance that when taken into the system acts in an injurious manner, tending to cause death or serious detriment to health." And different poisons are defined as those which act differently upon the human organism. For example, one class, such as nicotine in tobacco, is defined as that which acts as a stimulant or an irritant; while another class, such as opium, acts with a quieting, soothing influence. But the fact is that poison does not act at all upon the human system, but the human system acts upon the poison. In one class of poisons, such as opium, the reason why the system does not arouse itself and try to cast off the poison, is that the nerves become paralyzed so that it can not. And in the case of nicotine in tobacco the nerves are not thus paralyzed, so that they try in every way to cast off the poison. Let the human body represent the house, and the sensitive nerves and the delicate blood vessels the sleeping inmates of that house. Let the Foe Opium come to invade that house and to destroy the inmates, for every poison is a deadly Foe. At the first appearance of this subtle Foe terror is struck into the heart of the inmates, so that they fall back helpless, paralyzed with fear. When the Intruder Tobacco comes, he comes boisterously, rattling the windows and jostling the furniture, so that the inmates of the house set up a life-and-death conflict against him.

This is just what happens when tobacco is taken into the human system. Every nerve cries out against it, and every effort is made to resist it. You ask, Will one's body be healthier and live longer without tobacco than with it? We answer, by asking, Will one's home be happier and more prosperous without some deadly Foe continually invading it, or with such a Foe? When the membranes and tissues of the body, with their host of nerves and blood vessels, have to be fighting against some deadly poison in connection with their ordinary work, will they not wear out sooner than if they could be left to do their ordinary work quietly? To illustrate: A particle of tobacco dust no sooner comes into contact with the lining membrane of the nose, than violent sneezing is produced. This is the effort of the besieged nerves and blood vessels to protect themselves. A bit of tobacco taken into the mouth causes salivation because the salivary glands recognize the enemy and yield an increased flow of their precious fluid to wash him away. Taken into the stomach unaccustomed to its presence, and it produces violent vomiting. The whole lining membrane of that much-abused organ rebels against such an Intruder, and tries to eject him. Tobacco dust and smoke taken into the lungs at once excretes a mucous-like fluid in the mouth, throat, windpipe, bronchial tubes, and in the lungs themselves....