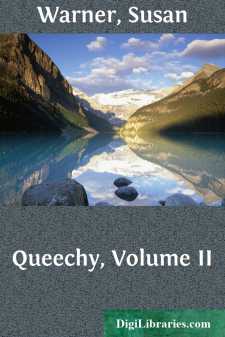 "He that has light within his own clear breast,May sit i' th' centre and enjoy bright day."MILTON.

The farming plan succeeded beyond Fleda's hopes thanks not more to her wisdom than to the nice tact with which the wisdom was brought into play. The one was eked out with Seth Plumfield's; the other was all her own. Seth was indefatigably kind and faithful. After his own day's work was done, he used to walk down to see Fleda, go with her often to view the particular field or work just then in question, and give her the best counsel dictated by great sagacity and great experience. It was given, too, with equal frankness and intelligence, so that Fleda knew the steps she took, and could maintain them against the. prejudice or the ignorance of her subordinates. But Fleda's delicate handling stood her yet more in stead than her strength. Earl Douglass was sometimes unmanageable, and held out in favour of an old custom or a prevailing opinion in spite of all the weight of testimony and light of discovery that could be brought to bear upon him. Fleda would let the thing go. But seizing her opportunity another time, she would ask him to try the experiment on a piece of the ground, so pleasantly and skilfully, that Earl could do nothing but shut his mouth and obey, like an animal fairly stroked into good humour. And as Fleda always forgot to remind him that she had been right and he wrong, he forgot it too, and presently took to the new way kindly. In other matters he could be depended on, and the seed-time and harvest prospered well. There was hope of making a good payment to Dr. Gregory in the course of a few months.

As the spring came forward, Fleda took care that her garden should both gardens, indeed. There she and Philetus had the game in their own hands, and beautifully it was managed. Hugh had full occupation at the mill. Many a dollar this summer was earned by the loads of fine fruits and vegetables which Philetus carried to Montepoole; and accident opened a new source of revenue. When the courtyard was in the full blaze of its beauty, one day an admiring passer-by modestly inquired if a few of those exquisite flowers might be had for money. They were given him most cheerfully that time; but the demand returned, accompanied by the offer, and Fleda obliged herself not to decline it. A trial it was, to cut her roses and jessamines for anything but her own or her friends' pleasure, but, according to custom, she bore it without hesitation. The place became a resort for all the flower-lovers who happened to be staying at the Pool; and rose-leaves were changed into silver pennies as fast as in a fairy-tale.

But the delicate mainspring that kept all this machinery in order suffered from too severe a strain. There was too much running, too much considering, too much watchfulness. In the garden, pulling peas, and seeing that Philetus weeded the carrots right in the field or the wood-yard, consulting and arranging, or maybe debating, with Earl Douglass, who acquired by degrees an unwonted and concentrated respect for womankind in her proper person; breakfast waiting for her often before she came in; in the house, her old housewifery concerns, her share in Barby's cares or difficulties, her sweet countenancing and cheering of her aunt, her dinner, her work; then when evening came, budding her roses, or tying her carnations, or weeding, or raking the ground between them (where Philetus could do nothing), or training her multiflora and sweet-brier branches; and then often, after all, walking up to the mill to give Hugh a little earlier a home smile, and make his way down pleasant....