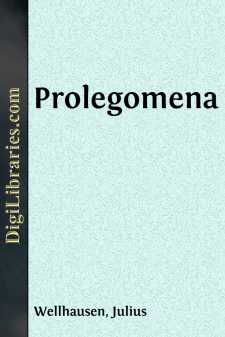 The turning-point in the history of the sacrificial system was the reformation of Josiah; what we find in the Priestly Code is the matured result of that event. It is precisely in the distinctions that are characteristic of the sacrificial law as compared with the ancient sacrificial praxis that we have evidence of the fact that, if not all exactly occasioned by the centralisation of the worship, they were almost all somehow at least connected with that change.

In the early days, worship arose out of the midst of ordinary life, and was in most intimate and manifold connection with it. A sacrifice was a meal, a fact showing how remote was the idea of antithesis between spiritual earnestness and secular joyousness. A meal unites a definite circle of guests, and in this way the sacrifice brought into connection the members of the family, the associates of the corporation, the soldiers of the army, and, generally speaking, the constituents of any permanent or temporary society. It is earthly relationships that receive their consecration thereby, and in correspondence are the natural festal occasions presented by the vicissitudes of life. Year after year the return of vintage, corn-harvest, and sheep-shearing brought together the members of the household to eat and to drink in the presence of Jehovah; and besides these there were less regularly recurring events which were celebrated in one circle after another. There was no warlike expedition which was not inaugurated in this fashion, no agreement that was not thus ratified, no important undertaking of any kind was gone about without a sacrifice! /1/

When an honoured guest arrives, there is slaughtered for him a calf, not without an offering of the blood and fat to the Deity. The occasion arising out of daily life is thus inseparable from the holy action, and is what gives it meaning and character; an end corresponding to the situation always underlies it. Hence also prayer must not be wanting. The verb H(TYR, to "burn" (fat and minha), means simply to "pray," and conversely BQ# )T YHWH, "to seek Jehovah," in point of fact not unfrequently means to "sacrifice." The gift serves to reinforce the question or the request, and to express thankfulness; and the prayer is its interpretation. This of course is rather incidentally indicated than expressly said (Hos. v. 6; Isaiah i. 15; Jeremiah xiv. 12; 1Kings viii. 27 seq.; Proverbs xv. 8); we have a specimen of a grace for the offering of the festival gift only in Deuteronomy xxvi. 3 seq.; a blessing is pronounced when the slaughtering takes place (1Samuel ix. 13). The prayer of course is simply the expression of the feeling of the occasion, with which accordingly it varies in manifold ways. Arising out of the exigencies and directed to the objects of daily life, the sacrifices reflect in themselves a correspondingly rich variety. Our wedding, baptismal, and funeral feasts on the one hand, and our banquets for all sorts of occasions on the other, might still be adduced as the most obvious comparison, were it not that here too the divorce between sacred and secular destroys it. Religious worship was a natural thing in Hebrew antiquity; it was the blossom of life, the heights and depths of which it was its business to transfigure and glorify....