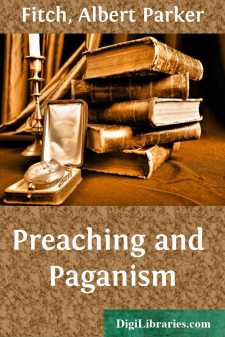 CHAPTER ONE The Learner, the Doer and the Seer

The first difficulty which confronts the incumbent of the Lyman Beecher Foundation, after he has accepted the appalling fact that he must hitch his modest wagon, not merely to a star, but rather to an entire constellation, is the delimitation of his subject. There are many inquiries, none of them without significance, with which he might appropriately concern himself. For not only is the profession of the Christian ministry a many-sided one, but scales of value change and emphases shift, within the calling itself, with our changing civilization. The mediaeval world brought forth, out of its need, the robed and mitered ecclesiastic; a more recent world, pursuant to its genius, demanded the ethical idealist. Drink-sodden Georgian England responded to the open-air evangelism of Whitefield and Wesley; the next century found the Established Church divided against itself by the learning and culture of the Oxford Movement. Sometimes a philosopher and theologian, like Edwards, initiates the Great Awakening; sometimes an emotional mystic like Bernard can arouse all Europe and carry men, tens of thousands strong, over the Danube and over the Hellespont to die for the Cross upon the burning sands of Syria; sometimes it is the George Herberts, in a hundred rural parishes, who make grace to abound through the intimate and precious ministrations of the country parson. Let us, therefore, devote this chapter to a review of the several aspects of the Christian ministry, in order to set in its just perspective the one which we have chosen for these discussions and to see why it seems to stand, for the moment, in the forefront of importance. Our immediate question is, Who, on the whole, is the most needed figure in the ministry today? Is it the professional ecclesiastic, backed with the authority and prestige of a venerable organization? Is it the curate of souls, patient shepherd of the silly sheep? Is it the theologian, the administrator, the prophet—who?

One might think profitably on that first question in these very informal days. We are witnessing a breakdown of all external forms of authority which, while salutary and necessary, is also perilous. Not many of us err, just now, by overmagnifying our official status. Many of us instead are terribly at ease in Zion and might become less assured and more significant by undertaking the subjective task of a study in ministerial personality. "What we are," to paraphrase Emerson, "speaks so loud that men cannot hear what we say." Every great calling has its characteristic mental attitude, the unwritten code of honor of the group, without a knowledge of which one could scarcely be an efficient or honorable practitioner within it. One of the perplexing and irritating problems of the personal life of the preacher today has to do with the collision between the secular standards of his time, this traditional code of his class, and the requirements of his faith. Shall he acquiesce in the smug conformities, the externalized procedures of average society, somewhat pietized, and join that large company of good and ordinary people, of whom Samuel Butler remarks, in The Way of All Flesh, that they would be "equally horrified at hearing the Christian religion doubted, or at seeing it practised?" There are ministers who do thus content themselves with being merely superrespectable....