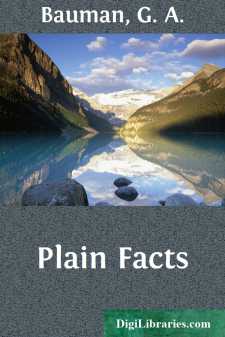 Looked at From a Practical Standpoint

It is the young man and young woman of to-day, with a practical education, who will adorn our best homes of the future.

It is the manager and the financier who is the practical one.

It is the young man with good habits who has a bank account, who shows evidence of becoming a financier.

It is the young woman who trains herself with the duties of home-work, that will become a manager.

It is the observing, the prudent, who will be the practical one.

The majority of our young friends of to-day are beginning at the wrong end. Instead of beginning at the bottom and training themselves for the future, thereby making accumulations by steadily and patiently adhering to one principle, never deviating truthfully and honestly from the one purpose, and in addition establishing a good character, they begin, as it were, at the top, with ideas that are only acquired by lack of proper training, and in course of time find themselves where they should have begun years before.

What a young man neglects before his thirtieth birthday, he can never redeem.

It is the early dollar saved that is the valuable one in later years, and the earlier one begins, the sooner he will have a financial standing.

The most important thing to be attained, while striving for true and successful aspirations, will be an established record, which is worth far more than wealth. A young man with a record is a graduate of practical training and is sought for everywhere. There is plenty of room at the top. The demand is growing, even in these stringent times.

These self-made young men and young women are not as a rule among our so-called society people. Society encourages extravagance and dissipation, and that means ruin, more or less, sooner or later, morally, physically and financially.

When a young couple start out in life together and they do really love each other sincerely, there is one other thing, next to good health, that is necessary in carrying responsibilities for a continuously happy life, and that is good financiering. Without that quality, love will soon fade away and disagreements follow.

What causes so many divorce suits? Bad financiering. Some of bur best and brightest citizens are among our most inefficient managers, and consequently have difficulties to battle with during life.

Therefore good management and saving qualities, together with good character, are the essential points to be observed by young men and women, equally well by husband and wife, in order to maintain prosperity and contentment.

It is a question not so important how to save, as how to promote the growth of your savings.

It is sometimes an easy matter to know how to make money, but knowing how to keep it and especially how to place it where it will earn the most, consistent with its safe keeping, is a matter that needs careful consideration....