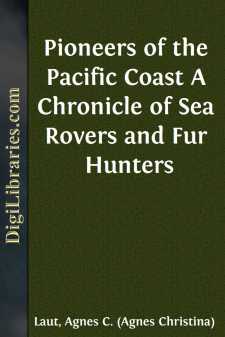 THE VOYAGE OF THE GOLDEN HIND

All through the sixteenth century the South Seas were regarded as a mysterious wonderworld, whence Spain drew unlimited wealth of gold and silver bullion, of pearls and precious stones. Spain had declared the Pacific 'a closed sea' to the rest of the world. But in 1567 it happened that Sir John Hawkins, an English mariner, was cruising in the Gulf of Mexico, when a terrific squall, as he said, drove his ships landward to Vera Cruz, and he sent a messenger to the Spanish viceroy there asking permission to dock and repair his battered vessels. Now on one of the English ships was a young officer, not yet twenty-five years of age, named Francis Drake. Twelve Spanish merchantmen rigged as frigates lay in the harbour, and Drake observed that cargo of small bulk but ponderous weight, and evidently precious, was being stowed in their capacious holds. Was this the gold and silver bullion that was enriching Spain beyond men's dreams? Whence did it come? Could English privateers intercept it on the high seas?

Perhaps the English adventurers evinced too great interest in that precious cargo; for though the Spanish governor had granted them permission to repair their ships, the English had barely dismantled when Spanish fire-ships came drifting down on their moorings. A cannon-shot knocked a mug of beer from Hawkins's hand, and head over heels he fell into the sea, while a thousand Spaniards began sabring the English crew ashore. Some friendly hand threw out a rope to Hawkins, who was clad in complete armour. In the dark, unseen by the enemy, he pulled himself up the side of a smaller ship, and, cutting hawsers, scudded for the open sea. There escaped, also, of Hawkins's fleet another small ship, which was commanded by Francis Drake; and after much suffering both vessels reached England.

One can imagine the effect on young Drake of the treacherous act and of the glimpse of that cargo of gold and silver treasure. The English captains had but asked a night's lodging from a power supposed to be friendly. They had been met by a pirate raid. Good! Young Francis Drake eagerly took up Spain's challenge; he would meet the raid with counter-raid. Three years later he was cruising the Spanish Main, capturing and plundering ships and forts and towns. In 1572 he led his men across the Isthmus of Panama, and intercepted and captured a Spanish convoy of treasure coming overland. Near the south side of the isthmus he climbed a tree and had his first glimpse of the Pacific. It set his blood on the leap. On bended knee he prayed aloud to the Almighty to be permitted to sail the first English ship on that 'faire sea.' And, having recrossed the isthmus and loaded his ships with plunder, he bore away for England and reached Plymouth in August 1573.

The raid on Panama had brought Drake enormous wealth. At his own cost he built three frigates and two sloops to explore the South Seas, his purpose being to enter the Pacific through the Strait of Magellan, which no Englishman had yet ventured to pass....