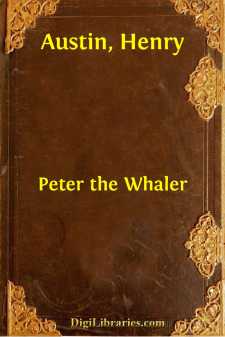 “Peter,” said my father, with a stern look, though the tone of his voice had more of sorrow in it than anger, “this conduct, if you persist in it, will bring ruin on you, and grief and shame on my head and to your mother’s heart. Look there, boy, and answer me: Are not those presumptive evidences of your guilt? Where did they come from?” He pointed, as he spoke, to several head of game, pheasants, partridges, and hares, which lay on the ground, while I stood before him leaning on my gun, my eyes not daring to meet his, which I knew were fixed on me. My two dogs crouched at my feet, looking as if they also were culprits and fully comprehended the tenor of his words.

My father was a clergyman, the vicar of a large parish in the south of Ireland, where the events I am now narrating took place. He was a tall man, with silvery locks and well-formed features. I think his hair was prematurely grey. The expression of his countenance was grave, and betokened firmness and decision, though his general character was mild in the extreme. He was a kind parent, in some respects too kind; and he was very indulgent towards the faults and errors of those not immediately connected with him. He was on good terms with the Roman Catholics of the neighbourhood, of which faith were the large majority of the population, and even with the priests; so that our family had few enemies, and were never in any way molested by the peasantry.

That, however, we had some foes, I shall have occasion presently to show. But I must return to the scene I was describing. I may be pardoned for first giving a slight sketch of myself. I hope that I may escape being accused of vanity, as I shall not dwell on my personal appearance. I believe that I inherited some of my parents’ good looks; but the hardships I have endured have eradicated all traces of them. I was well grown for my age (I was barely fifteen), but, dressed in my loose shooting-costume, my countenance ruddy with fresh air and exercise, I looked much older.

“What do you suppose would be the lot of a poor man’s son, if he were to be discovered acting as you are constantly doing in spite of my warnings and commands?” continued my father, his voice growing more serious and his look more grave. “I tell you, boy, that the consequences may and will be lamentable; and do not believe, that because you are the son of a gentleman, you can escape the punishment due to the guilty.

“You are a poacher. You deserve the name; and on some occasion, when engaged in that lawless occupation, you will probably encounter the gamekeepers of the persons on whose estates you are trespassing, and whose property you are robbing. Now hear me out. They, as in duty bound, will attempt to capture you. You and your companions may resist; your weapons may be discharged, and life may be sacrificed. If you escape the fate of a murderer, you may be transported to distant lands, away from friends, home, and country, to work for long years; perhaps in chains among the outcasts of our race, fed on the coarsest food, subject to the tyranny of brutalised overseers, often themselves convicts; your ears forced to listen to the foulest language, your eyes to witness the grossest debauchery, till you yourself become as bad as those with whom you are compelled to herd; so that, when the time of your punishment is expired, you will be unfit for freedom; and if you venture to return home, you will find yourself, wherever you appear, branded with dishonour, and pointed at as the convict.

“Think, Peter, of the grief and anguish it would cause your poor mother and me, to see you suffer so dreadful a disgrace—to feel that you merited it....