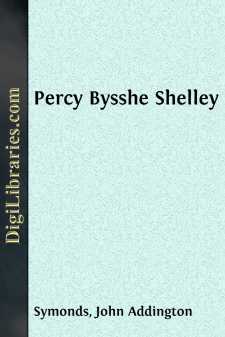 It is worse than useless to deplore the irremediable; yet no man, probably, has failed to mourn the fate of mighty poets, whose dawning gave the promise of a glorious day, but who passed from earth while yet the light that shone in them was crescent. That the world should know Marlowe and Giorgione, Raphael and Mozart, only by the products of their early manhood, is indeed a cause for lamentation, when we remember what the long lives of a Bach and Titian, a Michelangelo and Goethe, held in reserve for their maturity and age. It is of no use to persuade ourselves, as some have done, that we possess the best work of men untimely slain. Had Sophocles been cut off in his prime, before the composition of "Oedipus"; had Handel never merged the fame of his forgotten operas in the immortal music of his oratorios; had Milton been known only by the poems of his youth, we might with equal plausibility have laid that flattering unction to our heart. And yet how shallow would have been our optimism, how fallacious our attempt at consolation. There is no denying the fact that when a young Marcellus is shown by fate for one brief moment, and withdrawn before his springtime has bought forth the fruits of summer, we must bow in silence to the law of waste that rules inscrutably in nature.

Such reflections are forced upon us by the lives of three great English poets of this century. Byron died when he was thirty-six, Keats when he was twenty-five, and Shelley when he was on the point of completing his thirtieth year. Of the three, Keats enjoyed the briefest space for the development of his extraordinary powers. His achievement, perfect as it is in some poetic qualities, remains so immature and incomplete that no conjecture can be hazarded about his future. Byron lived longer, and produced more than his brother poets. Yet he was extinguished when his genius was still ascendant, when his "swift and fair creations" were issuing like worlds from an archangel's hands. In his case we have perhaps only to deplore the loss of masterpieces that might have equalled, but could scarcely have surpassed, what we possess. Shelley's early death is more to be regretted. Unlike Keats and Byron, he died by a mere accident. His faculties were far more complex, and his aims were more ambitious than theirs. He therefore needed length of years for their co-ordination; and if a fuller life had been allotted him, we have the certainty that from the discords of his youth he would have wrought a clear and lucid harmony.

These sentences form a somewhat gloomy prelude to a biography. Yet the student of Shelley's life, the sincere admirer of his genius, is almost forced to strike a solemn key-note at the outset. We are not concerned with one whose "little world of man" for good or ill was perfected, but with one whose growth was interrupted just before the synthesis of which his powers were capable had been accomplished.

August 4, 1792, is one of the most memorable dates in the history of English literature....