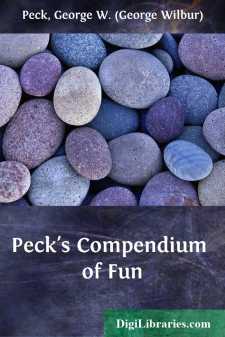 An item is going the rounds of the papers, to illustrate how large the sun is, and how hot it is, which asserts that if an icicle a million miles long, and a hundred thousand miles through, should be thrust into one of the burning cavities of the sun, it would be melted in the hundredth part of a second, and that it would not cause as much “sissing” as a drop of water on a hot griddle.

By this comparison we can realize that the sun is a big thing, and we can form some idea of what kind of a place it would be to pass the summer months. In contemplating the terrible heat of the sun, we are led to wonder why those whose duty it is to preach a hell, hereafter, have not argued that the sun is the place where sinners will go to when they die.

It is not our desire to inaugurate any reform in religious matters, but we realize what a discouraging thing it must be for preachers to preach hell and have nothing to show for it. As the business is now done, they are compelled to draw upon their imagination for a place of endless punishment, and a great many people, who would be frightened out of their boots if the minister could show them hell as he sees it, look upon his talk as a sort of dime novel romance.

They want something tangible on which they can base their belief, and while the ministers do everything in their power to encourage sinners by picturing to them the lake of fire and brimstone, where boat-riding is out of the question unless you paddle around in a cauldron kettle, it seems as though their labors would be lightened if they could point to the sun, on a hot day in August, and say to the wicked man that unless he gets down on his knees and says his “Now I lay me,” and repents and is sprinkled, and chips in pretty flush towards the running expenses of the church, and stands his assessments like a thoroughbred, that he will wake up some morning, and find himself in the sun, blistered from Genesis to Revelations, thirsty as a harvest hand and not a brewery within a million miles, begging for a zinc ulster to cool his parched hind legs.

Such an argument, with an illustration right on the blackboard of the sky, in plain sight, would strike terror to the sinner, and he would want to come into the fold too quick. What the religion of this country wants, to make it take the cake, is a hell that the wayfaring man, though a Democrat or a Greenbacker, can see with the naked eye. The way it is now, the sinner, if he wants to find out anything about the hereafter, has to take it second handed, from some minister or deacon who has not seen it himself, but has got his idea of it from some other fellow who maybe dreamed it out.

Some deacon tells a sinner all about the orthodox hell, and the sinner does not know whether to believe him or not. The deacon may have lied to the sinner some time in a horse trade, or in selling him goods, and beat him, and how does he know but the same deacon is playing a brace game on him on the hereafter, or playing him for a sardine....