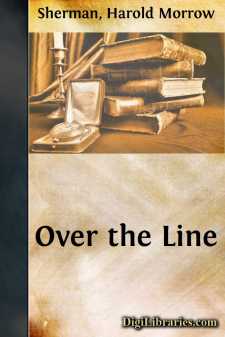 CHAPTER I THE STRANGE CONTRACT

"Judd, I'd rather a fellow would be anything else but a quitter!"

Bob Billings, older brother, stared for a moment, unanswering. Judd had come on to the city to visit him during summer vacation. Since the father's death and Bob's attending Bartlett College, there had been little chance for the two to be together, especially with Bob employed in the Star Sporting Goods store, miles away from Trumbull, the little town near which the Billings family lived.

"You've got to get a hold on yourself," Bob said, finally, "I'd no idea you'd gotten this way. You're babying yourself out of everything you'd really like to do. And here I'd counted on your taking up on that Trumbull High team where I left off! No reason why you couldn't either … you've got a much better physique than I have. That work on our farm has given you the muscles of an ox. You've got a grip in those hands that would make most fellows yell for help. Only trouble with you is—you don't know your own strength and you're afraid to use it. Right now a much smaller guy could tie you into bow knots!"

Judd's face flushed. He had a great deal of respect for his older brother, Bob. It was Bob who had written the greatest athletic page in Trumbull High history by his feats in baseball, football and track. And then, when the war had broken out, it was Bob who had enlisted in the air service and come back from abroad with the Croix de Guerre and a distinguished service medal with several citations for bravery. And now, as a senior at Bartlett College, it was Bob who was heralded as the outstanding member of the football team. Yes—there was no question about it—Bob was a he man!

To follow in the footsteps of such a brother was indeed an honor—or was it a hardship? When Judd Billings had entered high school the students looked upon him with expectant awe. Wasn't he the brother of the great Bob Billings? Surely he would carry on the tradition of the family. More great things would be forthcoming. Judd's big-boned, awkward frame was pointed out with high glee. He was a trifle taller and pounds heavier than Bob had been. What might this mean when he got under way? Give him time and then look for some more records to be broken!

But those who prophesied big things for Judd did not take the matter of temperament into consideration. Judd was as different from Bob as Saturday was from Sunday. It did not take the students long to discover that he was unusually shy and self-conscious. Judd would almost jump at his own shadow. He avoided crowds and made friends slowly. As for competition, he apparently detested it, retracing his steps rather than encounter physical conflict. And so, when he might have been the idol of the entire school, Judd soon became the object of disgust.

"My eyes!" he would offer as excuse for his not taking up with sports. It was true that he had had some trouble with his eyes but townspeople shook their heads and said wisely that Judd's eyes were only serving as his alibi....