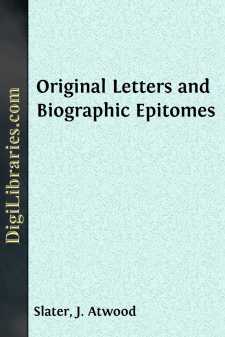 AN IMPRESSION OF "ECCE HOMO."

To the Editor of the Western Daily Press.

Sir,—First impressions forced upon me by an inspection of the picture, "Ecce Homo," by Mons. de Munkacsy, would be succinctly expressed in few words. It is haply, although not highly, inspired. It constitutes a work of laborious but of average ability, and descends to a lower technical state of imaginative eclecticism and expression than I had indeed expected to encounter in so lavishly-applauded a work. Let it be granted in the first instance that the theme is an onerous one; the problem afforded by the venture should have been met in a manner skilful in art, commensurate with its righteous obligations and its lofty demands by the artist. The one fine attribute conspicuously lacking in the work is its illumination, generally too yellow; the fine quality of light, naturally directing the hearts with the intelligences of the beholder to the central fact of the subject theme, "I am the Light of the World." The broad use and disposition of whitish pigment; I mean whitish, snowy light flecked, pimpled, dimpled with tints of orange and purple, like snow about to thaw, here and there, honeycombed or stippled to mark the intensity of its native regard for its own divine, suffering, martyred Lord, would have attracted the attention and won the curiosity, the sympathy, of many finer sensibilities. A dramatic and subtle sense of distance, such a powerful agent of spiritual injection in the hands of real artists is in this work absent; never skilfully employed either for negative or positive reflections of emotion. Linear perspective there is, and employed to much scenic advantage; but aerial perspective, utilised towards expressing overlapping figures, there is not, save in meagre degree. The canvas is too crowded, the sense of vision and admiration is nowhere at all lulled by repose. We may point to successful juxtaposition of individual figures, to masses of harmonious tones, but not to masterly composition. The mind of the artist is intent upon the bitterness of turmoil; it does not reach us directly by imperishably revealing or extolling the divine nature of "The Man," "Homo;" and is throughout the field of interest usually recognised in overstrained partiality for attitude and outline. Hence the title of the picture is almost sought for, expected in the multitude on the left, which should have been isolated. "Ecce Homo," briefly and emphatically, is not so suitable a title as I would suggest, with the utmost regard for reverence, might be described, as the interval between the two cries: "Away with Him," "Crucify Him," such intensely dramatic particles of time finding expression and vent throughout the work in coarse silhouetting.

The crowding of the lawless throng against the front of the tribune, on which the chief characters of the scene are portrayed, though not in a material sense wrong, must be open to much æsthetic dispute; must mar the success and the action of reflex thought, the spiritual contest waging and recoiling between the Divine, meek victim and the surging rabble....