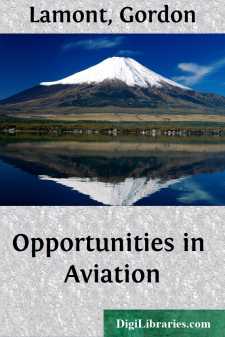 Any ordinary, active man, provided he has reasonably good eyesight and nerve, can fly, and fly well. If he has nerve enough to drive an automobile through the streets of a large city, and perhaps argue with a policeman on the question of speed limits, he can take himself off the ground in an airplane, and also land—a thing vastly more difficult and dangerous. We hear a great deal about special tests for the flier—vacuum-chambers, spinning-chairs, co-ordination tests—there need be none of these. The average man in the street, the clerk, the laborer, the mechanic, the salesman, with proper training and interest can be made good, if not highly proficient pilots. If there may be one deduction drawn from the experience of instructors in the Royal Air Force, it is that it is the training, not the individual, that makes the pilot.

Education is not the prime requisite. Good common sense and judgment are much more valuable. Above all, a sense of touch, such as a man can acquire playing the piano, swinging a pick, riding a bicycle, driving an automobile, or playing tennis, is important. A man should not be too sensitive to loss of balance, nor should he be lacking in a sense of balance. There are people who cannot sail a sail-boat or ride a bicycle—these people have no place in the air. But ninety-nine out of one hundred men, the ordinary normal men, can learn to fly. This has been the experience of the Royal Air Force in Canada.

There will be as much difference between the civilian pilot, the man who owns an airplane of the future and drives it himself, and the army flier, as there is now between the man who drives his car on Sunday afternoons over country roads and the racing driver who is striving for new records on specially built tracks. If aeronautics is to be made popular, every one must be able to take part in it. It must cease to be a highly specialized business. It must be put on a basis where the ordinary person can snap the flying wires of a machine, listen to their twang, and know them to be true, just as any one now thumps his rear tire to see whether it is properly inflated.

The book, in a large sense a labor of love, is the collaboration of an American officer of the United States Air Service and another American, a flying-officer in the Royal Air Force. If the Royal Air Force way of doing things seems to crowd itself to the fore in the discussion of the training of pilots, the authors crave indulgence.

In a subject which lends itself dangerously to imagination, the authors have endeavored to base what they have written, not on prophecy, but on actual accomplishments to date. The latter are indeed so solid that there is no necessity for guesswork. Aviation has proved itself beyond peradventure to those who have followed it, but up to the present the general public has not sufficiently analyzed its demonstrated possibilities.

The era of the air is undoubtedly at hand; it now remains to take the steps necessary to reap full advantages from it....