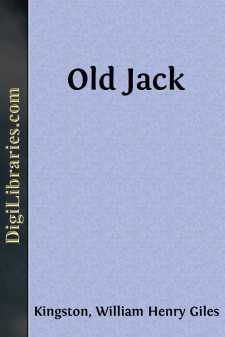 Of course you’ve heard of Donnybrook Fair, close to the city of Dublin. What a strange scene it was, to be sure, of uproar and wild confusion—of quarrelling and fighting from beginning to end—of broken heads, of black eyes, and bruised shins—of shouting, of shrieking and swearing—of blasphemy and drunkenness in all its forms of brutality. Ay, and as I’ve heard say, of many a deed of darkness, not omitting murder, and other crimes not less foul and hateful to Him who made this beautiful world, and gave to man a religion of love and purity. There the rollicking, roaring, bullying, fighting, harum-scarum Irishman of olden days had full swing for all the propensities and vile passions which have ruined him at home, and gained him a name and a fame not to be envied throughout the world. Often have I wondered whether, had a North American Indian, or a South-Sea Islander, visited the place, he could have been persuaded that he had come to a land of Christian men. Certainly an angel from heaven would have looked upon the assemblage as a multitude of Satan’s imps let loose upon the world. They tell me that the fair and its bedevilments have pretty well been knocked on the head. I am glad of it, though I have never again been to the spot from the day of which I am about to speak.

I remember very little of my childish life. Indeed, my memory is nearly a blank up to the time to which I allude. That time was one of the first days of that same Donnybrook Fair; but I remember that and good reason I have so to do. I was, however, but a small chap then, young in years, and little as to size.

My father’s name was Amos Williams. He came from England and settled in Dublin, where he married my mother, who was an Irishwoman. Her name I never heard. If she had relations, they did not, at all events, own her. I suspect, from some remarks she once let drop which I did not then understand, that they had discarded her because she had become a Protestant when she married my father. She was gentle and pious, and did her utmost, during the short time she remained on earth, to teach me the truths of that glorious gospel to which, in many a trial, she held fast, as a ship to the sheet-anchor with a gale blowing on a lee-shore. She died young, carried off by a malignant fever. Her last prayers were for my welfare here and hereafter. Had I always remembered her precepts I should, I believe, have been in a very different position to what I now am in my old age. My poor father took her death very much to heart. For days after her funeral he sat on his chair in our little cottage with his hands before him, scarcely lifting up his head from his breast, forgetting entirely that he ought to go out and seek for work, as without it he had no means of finding food for himself and me. I should have starved had not a kind woman, a neighbour, brought me in some potatoes and buttermilk. Little enough I suspect she had to spare after feeding her own children....