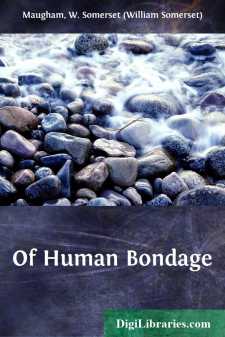 Add to My Favorites
Published: 8 years ago
Downloads: 217
Rating: (0 Votes)

The day broke gray and dull. The clouds hung heavily, and there was a rawness in the air that suggested snow. A woman servant came into a room in which a child was sleeping and drew the curtains. She glanced mechanically at the house opposite, a stucco house with a portico, and went to the child's bed.

She pulled down the bed-clothes, took him in her arms, and carried him downstairs. He was only half awake.

"Your mother wants you," she said.

She opened the door of a room on the floor below and took the child over to a bed in which a woman was lying. It was his mother. She stretched out her arms, and the child nestled by her side. He did not ask why he had been awakened. The woman kissed his eyes, and with thin, small hands felt the warm body through his white flannel nightgown. She pressed him closer to herself.

"Are you sleepy, darling?" she said.

Her voice was so weak that it seemed to come already from a great distance. The child did not answer, but smiled comfortably. He was very happy in the large, warm bed, with those soft arms about him. He tried to make himself smaller still as he cuddled up against his mother, and he kissed her sleepily. In a moment he closed his eyes and was fast asleep. The doctor came forwards and stood by the bed-side.

The doctor, without answering, looked at her gravely. Knowing she would not be allowed to keep the child much longer, the woman kissed him again; and she passed her hand down his body till she came to his feet; she held the right foot in her hand and felt the five small toes; and then slowly passed her hand over the left one. She gave a sob.

She shook her head, unable to speak, and the tears rolled down her cheeks.The doctor bent down.

She was too weak to resist his wish, and she gave the child up. The doctor handed him back to his nurse.

"You'd better put him back in his own bed."

"What will happen to him, poor child?"

The monthly nurse tried to quiet her, and presently, from exhaustion, the crying ceased. The doctor walked to a table on the other side of the room, upon which, under a towel, lay the body of a still-born child. He lifted the towel and looked. He was hidden from the bed by a screen, but the woman guessed what he was doing.

"Was it a girl or a boy?" she whispered to the nurse.

The woman did not answer. In a moment the child's nurse came back. She approached the bed.

"Master Philip never woke up," she said. There was a pause. Then the doctor felt his patient's pulse once more.

"I don't think there's anything I can do just now," he said. "I'll call again after breakfast."

They walked downstairs in silence. In the hall the doctor stopped.

"D'you know at what time he'll be here?"

"What about the little boy? I should think he'd be better out of the way."

"She's his godmother, sir. D'you think Mrs. Carey will get over it, sir?"

The doctor shook his head....