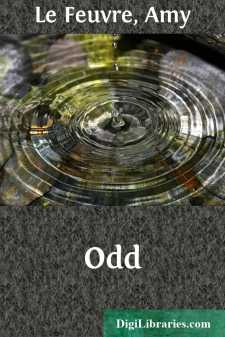 It was just four o'clock on a dull grey winter afternoon. The little Stuarts' nursery looked the picture of cosiness and comfort with the blazing fire that threw flickering lights over the bright-coloured pictures on the walls, the warm carpet under foot, and the fair fresh faces of the children gathered there.

Five of them there were, and they were alone, for the old nurse who had brought them all up from their infancy was at present absent from the room.

By one of the large square windows stood one of the little girls; she was gazing steadily out into the fast darkening street below, her chin resting on one of the bars that were fastened across the lower part of the window. How the children disliked those bars! Marks of little teeth were plainly discernible along them, and no prisoners could have tried more perseveringly to shake them from their sockets than they did. Betty, who stood there now, had received great applause one afternoon when, after sundry twists and turns, she had successfully thrust her little dark curly head through, and was able to have a delightfully clear view of all the passers-by.

But the sequel was not so pleasant, for somehow or other Betty's head would not come in so easily as it went out, and when nurse came to the rescue with an angry hand, the poor little head was very much bruised in consequence, and Betty's reward for such dexterity was an aching head and dry bread for tea. She was a slight, slim little figure, with big blue eyes, and long, black curved lashes and eyebrows, which made her eyes the most beautiful feature in her face. Very soft, fine curly hair surrounded a rather pathetic-looking little face; but her movements were like quicksilver, and though all the little Stuarts were noted for their mischievous ways and daring escapades, Betty eclipsed them all.

She turned from the window soon with a sigh of relief.

There was no response. Bobby and Billy, the twins, little lads only just promoted from petticoats to knickerbockers, were deeply engrossed in one corner of the room over their bricks. Perched on the top of a low chest of drawers were Douglas and Molly, and their heads were in that close proximity that told that secret business was going on.

'Old Bags is coming,' she repeated; 'don't you hear his bell?'

'You promised yesterday when you put it off that you would hear it to-day. It isn't fair. I always listen to you.'

'Tell it to the babies; they'll like to hear.'

This was adding insult to injury, and when the twins trotted up to the window Betty turned a defiant back upon them, tears of disappointment dimming the blue eyes.

'She's cwying,' announced Bobby, twisting his head round to look up into her face.

Betty turned round furiously; a sharp push sent Bobby to the ground, and in falling he struck his head against one of the feet of the nursery table....