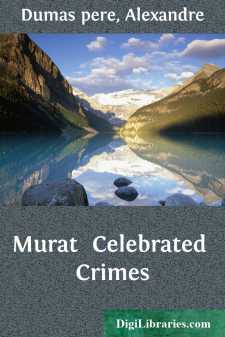 On the 18th June, 1815, at the very moment when the destiny of Europe was being decided at Waterloo, a man dressed like a beggar was silently following the road from Toulon to Marseilles.

Arrived at the entrance of the Gorge of Ollioulles, he halted on a little eminence from which he could see all the surrounding country; then either because he had reached the end of his journey, or because, before attempting that forbidding, sombre pass which is called the Thermopylae of Provence, he wished to enjoy the magnificent view which spread to the southern horizon a little longer, he went and sat down on the edge of the ditch which bordered the road, turning his back on the mountains which rise like an amphitheatre to the north of the town, and having at his feet a rich plain covered with tropical vegetation, exotics of a conservatory, trees and flowers quite unknown in any other part of France.

Beyond this plain, glittering in the last rays of the sun, pale and motionless as a mirror lay the sea, and on the surface of the water glided one brig-of-war, which, taking advantage of a fresh land breeze, had all sails spread, and was bowling along rapidly, making for Italian seas. The beggar followed it eagerly with his eyes until it disappeared between the Cape of Gien and the first of the islands of Hyeres, then as the white apparition vanished he sighed deeply, let his head fall into his hands, and remained motionless and absorbed in his reflections until the tramplings of a cavalcade made him start; he looked up, shook back his long black hair, as if he wished to get rid of the gloomy thoughts which were overwhelming him, and, looking at the entrance to the gorge from whence the noise came, he soon saw two riders appear, who were no doubt well known to him, for, drawing himself up to his full height, he let fall the stick he was carrying, and folding his arms he turned towards them. On their side the new-comers had hardly seen him before they halted, and the foremost dismounted, threw his bridle to his companion, and uncovering, though fifty paces from the man in rags, advanced respectfully towards him. The beggar allowed him to approach with an air of sombre dignity and without a single movement; then, when he was quite near—

"Well, marshal, have, you news for me?" said the beggar.

"Yes, sire," said the other sadly.

"And what are they?"

"So the Emperor refuses my services! He forgets the victories of Aboukir, Eylau, and Moscow?"

"No, sire; but he remembers the treaty of Naples, the taking of Reggio, and the declaration of war of the viceroy of Italy."

The beggar struck his forehead.

"Yes, yes! I daresay he thinks I deserve his reproaches, and yet it seems to me that he ought to remember that there are two men in me—the soldier whom he made his brother, and the brother whom he made a king.... Yes, as brother I have treated him ill—very ill, but as king, upon my soul, I could not have acted differently.......