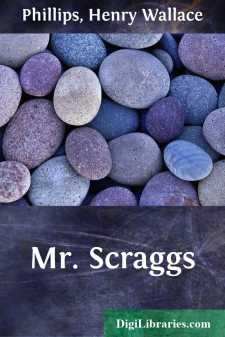 I had met Mr. Scraggs, shaken him by the hand, and, in the shallow sense of the word, knew him. But a man is more than clothes and a bald head. It is also something of a trick to find out more about him—particularly in the cow country. One needs an interpreter. Red furnished the translation. After that, I nurtured Mr. Scraggs's friendship, for the benefit of humanity and philosophy. Saunders and I lay under a bit of Bad Lands, soaking in the spring sun, and enjoying the first cigarette since breakfast. In regard to things in general, he said:

"Now, there was the time I worked for the Ellis ranch. A ranch is like a man: it has something that belongs to it, that don't belong to no other ranch, same as I have just the same number of eyes and noses and so forth that you drew on your ticket, yet you ain't me no more'n I'm you. This was a kind of sober-minded concern; it was a thoughtful sort of a ranch, where everybody went about his work quiet. I guess it was because the boys was mostly old-timers, given to arguing about why was this and how come that. Argue! Caesar! It was a regular debating society. Wind-river Smith picked up a book in the old man's room that told about the Injuns bein' Jews 'way back before the big high-water, and how one gang of 'em took to the prairie and the other gang to the bad clothes business. Well, he and Chawley Tawmson—'member Chawley and his tooth? And you'd have time to tail-down and burn a steer before Chawley got the next word out—well, they got arguin' about whether this was so, or whether it weren't so. Smithy was for the book, havin' read it, and Chawley scorned it. The argument lasted a month, and as neither one of 'em knew anything about an Injun, except what you can gather from looking at him over a rifle sight, and as the only Jew either one of 'em ever said two words to was the one that sold Windriver a hat that melted in the first rain-storm, and then him and Chawley went to town and made the Hebrew eat what was left of the hat, after refunding the price, you can imagine what a contribution to history I listened to. That's the kind of place the Ellis ranch was, and a nice old farm she was, too.

"I'd been working there about three months, when along come a man that looked like old man Trouble's only son. Of all the sorrowful faces you ever see, his was the longest and thinnest. It made any other human countenance I ever see look like a nigger-minstrel show.

[Illustration: Made any other human countenance I ever see look like a nigger-minstrel show.]

"We was short-handed, as the old man had begun to put up hay and work some of the stock in corrals for the winter, so we took our new brother on. His name was Ezekiel George Washington Scraggs—tuneful number for a cow-outfit!—and his name didn't come anywhere near doin' him justice at that. Ezekiel knew his biz and turned in a day's work right straight along, but when you'd say, 'Nice day, Scraggs?' he'd heave such a sigh you could feel the draft all the way acrost the bull-pen, and only shake his head....