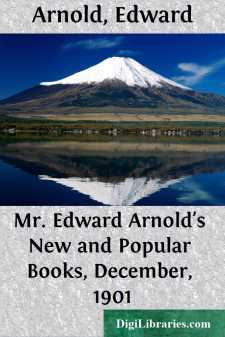 LINKS WITH THE PAST. By MRS. CHARLES BAGOT.

'These "Links with the Past" are well worth reading, for not only do they introduce you to many agreeable personalities, but they illumine in unexpected quarters a past that is fast vanishing beyond the reach of personal recollections.'—Morning Post.

'Few books of its kind that have lately appeared have been so entertaining and so full of interest as this, which, while it only professes to offer passing glimpses of bygone days, is a far more trustworthy and vivid record of social life during the greater part of the last century than many works of greater pretensions.'—World.

'Mrs. Bagot has had all the advantages which a long life and the best society give to the memoir writer. Add to these an excellent memory, keen perceptions, and a decided gift of expression, and we have all the materials for a most pleasant pot-pourri.'—Times.

'Every one who appreciates a volume of well-bred political and social gossip ought to read Mrs. Bagot's "Links with the Past."'—Standard.

'Rich and suggestive as this entertaining book is, it is clear that the author is not merely a keen observer of life and manners, but that she has enjoyed opportunities of the social kind that do not fall to many.'—Westminster Gazette.

Edited by his Widow, KATHARINE LAKE.

At the time of his death in 1897, the late Dean of Durham was engaged upon his Reminiscences, but they were unfortunately left in a very fragmentary and incomplete condition. Mrs. Lake has, however, put the MSS. in order, with the co-operation of Canon Rawlinson, of Canterbury, and supplemented it with such additional materials as were in her possession, including a selection from the Dean's full and varied correspondence.

Dean Lake was a Fellow and Tutor of Balliol during the height of the Oxford Movement, and was afterwards a member of the famous Royal Commission on Education, which may be said to have laid the foundation for all subsequent legislation on the subject. He was on intimate terms with the leading men in the English Church during an eventful period of its history, but, though a strong Churchman, he was a thorough man of the world, of broad views and wide culture. Mrs. Lake has been permitted to publish letters to her husband from his numerous friends, including Arch-bishop Tait, Dean Church, Dean Stanley, Mr. Gladstone, Canon Liddon, Dr. Pusey, Lord Halifax, and others—letters that not only add considerably to our knowledge of those distinguished characters, but contain many valuable comments upon large questions of permanent interest.

WITH RIMINGTON. By L. MARCH PHILLIPPS,

BALLADS OF THE FLEET. By SIR RENNELL RODD, K.C.M.G.