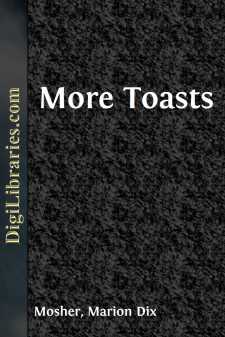 What can be more fitting than that a compiled book should have a compiled introduction? Why should one with great pains and poor prospects of success attempt to do what has already been well done? Knowing that all readers of this book have a sense of humor and that they will approve our decision we begin with a quotation from an article by Mr. E. Lyttelton.

The Divine Gift of Humor

The subject of humor has an attraction peculiarly its own, because it deals with a mystery which yet is pleasantly interwoven with the daily life of each one of us. We often say of one of our neighbors that he has no sense of humour. But he often laughs; he never spends a day without at least trying to laugh, tho it remains but an attempt, an effort, an aspiration after something which he seems to have lost but wishes to recover. Either, that is, he remains grave when others laugh, or he laughs, as Horace says, "with alien jaws," by constraint rather than because he cannot help it. He has a confused idea that it is expected of him. Such laughter is apparently the outcome of an uneasy sense of duty, a dismal travesty of the real thing....

Certainly humour is a singularly elusive thing, and I doubt if anyone alive can explain it; but its elusiveness gives it something of its charm; and, moreover, the illustrations which are necessary to an inquiry into its nature, its scope and meaning, are apt to be amusing without being irrelevant.

Humour has often been roughly described as a sense of the incongruous. More satisfying, however, is the following, which has been ascribed to Dean Inge: It is a sense of incongruous emotions. As soon as we think of the emotions being stirred we see that the strange difference between humourous and unhumourous people is not an intellectual matter, but follows the general law of emotional susceptibility, viz., that it is independent of the reason and varies within wide limits with each individual, and obviously with each nationality. Moreover, it appears that, as it is compounded of two emotions, one man may feel one of the emotions but be dull to the other, according to his temperament. It is a matter of sensitiveness, and in sensitiveness no two of us are alike.

Crudely judged, then, humour may be described as a blessing of nature bestowed on all, but in widely varying measure, so that in the case of some of our acquaintance we deplore its non-existence, but never in ourselves. Nobody really believes that he is wholly without it, partly because, in proportion as the sense is really defective, the defect must be in its own nature unperceived, but also because the gift is so precious, so winsome, that no one could bear to believe that it has been denied him. By a merciful law of nature, the delusion is unsuspected, for assuredly, if any wholly unhumorous person once realised the full extent of his privation, nothing could save him from "wretchlessness" and despair.

I prefer to believe that, like the sense of beauty, the love of music, the thrill of admiration for uncalculating heroism, we have here a wondrous aid to us in our life's pilgrimage, but that if we trace it to a sense of our self-interest, we not only vulgarize it, but we turn it into a caricature....