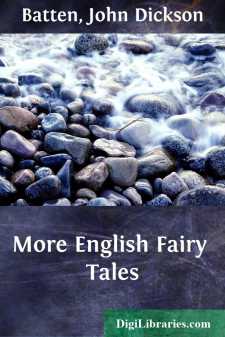 Newtown, or Franchville, as 't was called of old, is a sleepy little town, as you all may know, upon the Solent shore. Sleepy as it is now, it was once noisy enough, and what made the noise was—rats. The place was so infested with them as to be scarce worth living in. There wasn't a barn or a corn-rick, a store-room or a cupboard, but they ate their way into it. Not a cheese but they gnawed it hollow, not a sugar puncheon but they cleared out. Why the very mead and beer in the barrels was not safe from them. They'd gnaw a hole in the top of the tun, and down would go one master rat's tail, and when he brought it up round would crowd all the friends and cousins, and each would have a suck at the tail.

Had they stopped here it might have been borne. But the squeaking and shrieking, the hurrying and scurrying, so that you could neither hear yourself speak nor get a wink of good honest sleep the live-long night! Not to mention that, Mamma must needs sit up, and keep watch and ward over baby's cradle, or there'd have been a big ugly rat running across the poor little fellow's face, and doing who knows what mischief.

Why didn't the good people of the town have cats? Well they did, and there was a fair stand-up fight, but in the end the rats were too many, and the pussies were regularly driven from the field. Poison, I hear you say? Why, they poisoned so many that it fairly bred a plague. Ratcatchers! Why there wasn't a ratcatcher from John o' Groat's house to the Land's End that hadn't tried his luck. But do what they might, cats or poison, terrier or traps, there seemed to be more rats than ever, and every day a fresh rat was cocking his tail or pricking his whiskers.

The Mayor and the town council were at their wits' end. As they were sitting one day in the town hall racking their poor brains, and bewailing their hard fate, who should run in but the town beadle. "Please your Honour," says he, "here is a very queer fellow come to town. I don't rightly know what to make of him." "Show him in," said the Mayor, and in he stepped. A queer fellow, truly. For there wasn't a colour of the rainbow but you might find it in some corner of his dress, and he was tall and thin, and had keen piercing eyes.

"I'm called the Pied Piper," he began. "And pray what might you be willing to pay me, if I rid you of every single rat in Franchville?"

Well, much as they feared the rats, they feared parting with their money more, and fain would they have higgled and haggled. But the Piper was not a man to stand nonsense, and the upshot was that fifty pounds were promised him (and it meant a lot of money in those old days) as soon as not a rat was left to squeak or scurry in Franchville.

Out of the hall stepped the Piper, and as he stepped he laid his pipe to his lips and a shrill keen tune sounded through street and house. And as each note pierced the air you might have seen a strange sight. For out of every hole the rats came tumbling. There were none too old and none too young, none too big and none too little to crowd at the Piper's heels and with eager feet and upturned noses to patter after him as he paced the streets....