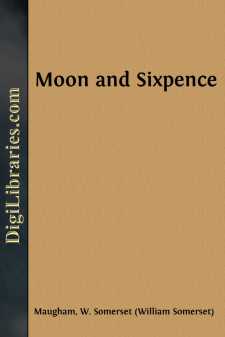 I confess that when first I made acquaintance with Charles Strickland I never for a moment discerned that there was in him anything out of the ordinary. Yet now few will be found to deny his greatness. I do not speak of that greatness which is achieved by the fortunate politician or the successful soldier; that is a quality which belongs to the place he occupies rather than to the man; and a change of circumstances reduces it to very discreet proportions. The Prime Minister out of office is seen, too often, to have been but a pompous rhetorician, and the General without an army is but the tame hero of a market town. The greatness of Charles Strickland was authentic. It may be that you do not like his art, but at all events you can hardly refuse it the tribute of your interest. He disturbs and arrests. The time has passed when he was an object of ridicule, and it is no longer a mark of eccentricity to defend or of perversity to extol him. His faults are accepted as the necessary complement to his merits. It is still possible to discuss his place in art, and the adulation of his admirers is perhaps no less capricious than the disparagement of his detractors; but one thing can never be doubtful, and that is that he had genius. To my mind the most interesting thing in art is the personality of the artist; and if that is singular, I am willing to excuse a thousand faults. I suppose Velasquez was a better painter than El Greco, but custom stales one's admiration for him: the Cretan, sensual and tragic, proffers the mystery of his soul like a standing sacrifice. The artist, painter, poet, or musician, by his decoration, sublime or beautiful, satisfies the aesthetic sense; but that is akin to the sexual instinct, and shares its barbarity: he lays before you also the greater gift of himself. To pursue his secret has something of the fascination of a detective story. It is a riddle which shares with the universe the merit of having no answer. The most insignificant of Strickland's works suggests a personality which is strange, tormented, and complex; and it is this surely which prevents even those who do not like his pictures from being indifferent to them; it is this which has excited so curious an interest in his life and character.

It was not till four years after Strickland's death that Maurice Huret wrote that article in the Mercure de France which rescued the unknown painter from oblivion and blazed the trail which succeeding writers, with more or less docility, have followed. For a long time no critic has enjoyed in France a more incontestable authority, and it was impossible not to be impressed by the claims he made; they seemed extravagant; but later judgments have confirmed his estimate, and the reputation of Charles Strickland is now firmly established on the lines which he laid down. The rise of this reputation is one of the most romantic incidents in the history of art. But I do not propose to deal with Charles Strickland's work except in so far as it touches upon his character. I cannot agree with the painters who claim superciliously that the layman can understand nothing of painting, and that he can best show his appreciation of their works by silence and a cheque-book. It is a grotesque misapprehension which sees in art no more than a craft comprehensible perfectly only to the craftsman: art is a manifestation of emotion, and emotion speaks a language that all may understand. But I will allow that the critic who has not a practical knowledge of technique is seldom able to say anything on the subject of real value, and my ignorance of painting is extreme. Fortunately, there is no need for me to risk the adventure, since my friend, Mr. Edward Leggatt, an able writer as well as an admirable painter, has exhaustively discussed Charles Strickland's work in a little book which is a charming example of a style, for the most part, less happily cultivated in England than in France.

"A Modern Artist: Notes on the Work of Charles Strickland," by Edward Leggatt, A.R.H.A. Martin Secker, 1917.

Maurice Huret in his famous article gave an outline of Charles Strickland's life which was well calculated to whet the appetites of the inquiring. With his disinterested passion for art, he had a real desire to call the attention of the wise to a talent which was in the highest degree original; but he was too good a journalist to be unaware that the "human interest" would enable him more easily to effect his purpose. And when such as had come in contact with Strickland in the past, writers who had known him in London, painters who had met him in the cafes of Montmartre, discovered to their amazement that where they had seen but an unsuccessful artist, like another, authentic genius had rubbed shoulders with them there began to appear in the magazines of France and America a succession of articles, the reminiscences of one, the appreciation of another, which added to Strickland's notoriety, and fed without satisfying the curiosity of the public. The subject was grateful, and the industrious Weitbrecht-Rotholz in his imposing monograph has been able to give a remarkable list of authorities.

The faculty for myth is innate in the human race. It seizes with avidity upon any incidents, surprising or mysterious, in the career of those who have at all distinguished themselves from their fellows, and invents a legend to which it then attaches a fanatical belief. It is the protest of romance against the commonplace of life. The incidents of the legend become the hero's surest passport to immortality. The ironic philosopher reflects with a smile that Sir Walter Raleigh is more safely inshrined in the memory of mankind because he set his cloak for the Virgin Queen to walk on than because he carried the English name to undiscovered countries. Charles Strickland lived obscurely. He made enemies rather than friends. It is not strange, then, that those who wrote of him should have eked out their scanty recollections with a lively fancy, and it is evident that there was enough in the little that was known of him to give opportunity to the romantic scribe; there was much in his life which was strange and terrible, in his character something outrageous, and in his fate not a little that was pathetic. In due course a legend arose of such circumstantiality that the wise historian would hesitate to attack it.

But a wise historian is precisely what the Rev. Robert Strickland is not. He wrote his biography avowedly to "remove certain misconceptions which had gained currency" in regard to the later part of his father's life, and which had "caused considerable pain to persons still living." It is obvious that there was much in the commonly received account of Strickland's life to embarrass a respectable family....