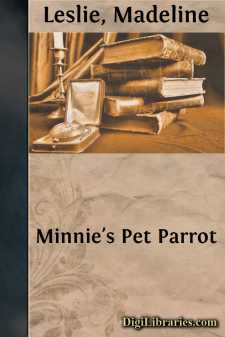 The object of these little books is not so much to give full, scientific information with regard to the animals of which they treat, as to bring before the child such facts concerning them as shall interest him in their history, awaken a desire to know more of the particular traits of each, and especially lead him to be kind to them as a part of God’s creation.

Natural history we deem, according to the opinion of an eminent writer, as “not only the most captivating of the sciences, but the most humanizing. It is impossible to study the character and habits of the lower animals without imbibing an interest in their wants and feelings.”

Dr. Chalmers, who was famous for his interest in the brute creation, says, “To obtain the regards of man’s heart in behalf of the lower animals, we should strive to draw his mind toward them. The poor brutes look, tremble, and give the signs of suffering, as we do. A threatened blow strikes them with terror, and they have the same distortions of agony on the infliction of it. Their blood circulates as ours does. They sicken, and grow feeble with age, and finally die, as we do. They possess also instincts which expose them to suffering in another quarter. The lioness, robbed of her whelps, makes the wilderness ring with her cries; and the little bird, whose tender household has been stolen, fills and saddens all the grove with her pathetic melody.”

The author has been careful to select only facts well authenticated. She takes this opportunity to acknowledge most gratefully her indebtedness to those friends who have contributed original anecdotes which have come under their own observation; and also to state that she has quoted from most of the popular English works on these subjects, prominent among which are Jesse, Richardson, and Hamilton, on dogs; Youatt, the Ettrick Shepherd, and Randall, on sheep; Morris, Brown’s Natural History, Chambers’s Miscellany, etc.

She has been greatly encouraged, in the preparation of these volumes for the young, by the flattering reception of the previous productions of her pen. If these should meet with similar favor, they may be followed by other volumes of the same character and objects.

In these little books, I am going to tell you about Minnie, her home, and her pets; and I hope it will teach every boy and every girl who reads them to be kind to animals, as Minnie was. Minnie Lee had a pleasant home. She was an only child, and as her parents loved to please her, they procured every thing which they thought would make her happy. The first pet Minnie had was a beautiful tortoise-shell kitten, which she took in her baby arms and hugged tightly to her bosom. After a time, her father, seeing how much comfort she took with kitty, bought her a spaniel. He already had a large Newfoundland dog; but Mrs. Lee was unwilling to have him come into the house, saying that in summer he drew the flies, and in winter he dirtied her hearth rugs. So Leo, as the great dog was called, was condemned to the barn, while Tiney could rove through the parlors and chambers whenever he pleased.

In Minnie’s seventh year, her father bought her a Shetland pony and a lamb, which he told her was called a South Down—a rare and valuable breed. The little girl now thought her hands quite full; but only the next Christmas, when her uncle came home from sea, he told her he had brought an addition to her pets; and true enough, when his luggage came from town, there was a bag containing a real, live monkey, named Jacko....