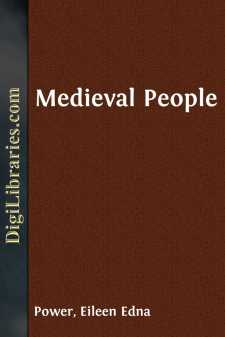 CHAPTER I The Precursors I. ROME IN DECLINE

Every schoolboy knows that the Middle Ages arose on the ruins of the Roman Empire. The decline of Rome preceded and in some ways prepared the rise of the kingdoms and cultures which composed the medieval system. Yet in spite of the self-evident truth of this historical preposition we know little about life and thought in the watershed years when Europe was ceasing to be Roman but was not yet medieval. We do not know how it felt to watch the decline of Rome; we do not even know whether the men who watched it knew what they saw, though we can be quite certain that none of them foretold, indeed could have foreseen, the shape which the world was to take in later centuries.

Yet the tragic story, its main themes and protagonists were for all to see. No observer should have failed to notice that the Roman Empire of the fourth and fifth centuries was no longer the Roman Empire of the great Antonine and Augustan age; that it had lost its hold over its territories and its economic cohesion and was menaced by the barbarians who were in the end to overwhelm it. The territory of the Roman Empire had at its height stretched from the lands bordering the North Sea to the lands on the northern fringes of the Sahara, and from the Atlantic coast of Europe to the central Asiatic Steppes; it comprised most of the regions of the former Hellenic, Iranian, and Phoenician empires, and it either ruled or kept in check great clusters of peoples and principalities beyond its Gallic and north African frontiers. From these farthest frontiers Rome of the fourth century had retreated and was still retreating.

Within its frontiers great currents of inter-regional commerce had in earlier centuries flowed along the routes which bound all the provinces of the Empire to Rome and most of the provinces to each other. But from the third century onwards the economic unity of the Empire was in dissolution, and by the fifth century most of the great currents of inter-regional trade had ceased to flow, and provinces and districts had been thrown upon themselves and their own resources. And with the wealth of the provinces reduced, their commerce restricted, the great provincial cities also declined in population, wealth, political power.

Yet to its very last days the Empire endeavoured to defend its frontiers against the converging barbarians. Not only did the Barbarian Conquests, like all conquests, threaten destruction and ruin, but the way of life the barbarians stood for was the very denial of what Roman civilization had been, though alas, was gradually ceasing to be.

However, it was not in material things, that the contemporaries found, or should have found the sharpest conflict between Rome and the barbarian prospects before it. Above all Roman civilization was a civilization of the mind. It had behind it a long tradition of thought and of intellectual achievement, the legacy of Greece, to which it had in turn made its own contribution. The Roman world was a world of schools and universities, writers, and builders. The barbarian world was a world in which mind was in its infancy and its infancy was long. The battle sagas of the race, which have all but disappeared or have survived only as legends worked up in a later age; the few rude laws which were needed to regulate personal relationships, this was hardly civilization in the Roman sense. King Chilperic, trying to make verses in the style of Sedulius, though he could not distinguish between a long foot and a short and they all hobbled; Charlemagne himself, going to bed with his slate under his pillow in order to practice in the watches of the night that art of writing which he never mastered; what have they in common with Julius Caesar and Marcus Aurelius and that great Julian called the Apostate? They sum up in their very persons the whole wide gulf that yawned between Germany and Rome.

Rome and the barbarians were thus not only protagonists but two different attitudes to life, civilization and barbarism. We cannot here discuss in detail the question as to why, in the clash between the two, it was civilization which perished and barbarism which prevailed. But it is important to remember that while the Empire tried to defend its frontiers against the barbarian hosts, it gradually opened them to barbarian settlers.

This peaceful infiltration of barbarians which altered the whole character of the society which it invaded would have been impossible, of course, if that society had not been stricken by disease. The disease is plain enough to see by the third century. It shows itself in those internecine civil wars in which civilization rends itself, province against province and army against army....