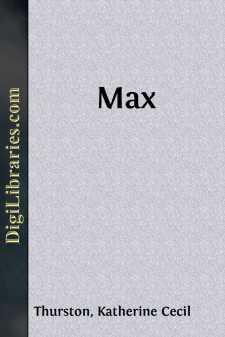 CHAPTER I A NIGHT journey is essentially a thing of possibilities. To those who count it as mere transit, mere linking of experiences, it is, of course, a commonplace; but to the imaginative, who by gift divine see a picture in every cloud, a story behind every shadow, it suggests romance—romance in the very making.

Such a vessel of inspiration was the powerful north express as it thundered over the sleeping plains of Germany and France on its night journey from Cologne to Paris. A thing of possibilities indeed, with its varying human freight—stolid Teutons, hard-headed Scandinavians, Slavs whom expediency or caprice had forced to descend upon Paris across the sea of ice. It was the month of January, and an unlikely and unlovely night for long and arduous travel. There were few pleasure-passengers on the express, and if one could have looked through the carriage windows, blurred with damp mist, one would have seen upon almost every face the look—resigned or resolute—of those who fare forth by necessity rather than by choice. In the sleeping-cars all the berths were occupied, but here and them throughout the length of the train an occasional traveller slept on the seat of his carriage, wrapped in coats and rugs, while in the dining-saloon a couple of sleepy waiters lurched to and fro in attendance upon a party of three men whose energy precluded the thought of wasting even the night hours and who were playing cards at one of the small tables. Up and down the whole overheated, swaying train there was the suggestion of mystery, of contrast and effect, and the twinkling eyes of the electric lamps seemed to wink from behind their drawn hoods as though they, worldly wise and watchful, saw the individuality—the inevitable story—behind the drowsy units who sat or lay or lounged unguarded beneath them.

In one carriage, the fifth or sixth from the thundering engine, these lights winked and even laughed one to the other each time the train lurched over the points, and the dark, shrouding hoods quivered, allowing a glimpse at the occupant of the compartment.

It was the figure of a boy upon which the twinkling lamp-eyes flickered—a boy who had as yet scarce passed the barrier of manhood, for the skin of the face was clean and smooth, and the limbs, seen vaguely under a rough overcoat, had the freedom and supple grace that belongs to early youth.

He was sleeping, this solitary traveller—one hand under his head, the other instinctively guarding something that lay deep and snug in the pocket of his overcoat. His attitude was relaxed, but not entirely abandoned to the solace of repose; even in his sleep a something of self-consciousness seemed to cling to him—a need for caution that lay near to the surface of his drowsing senses—for once or twice he started, once or twice his straight, dark eyebrows twitched into a frown, once or twice his fingers tightened nervously upon their treasure. He was subconsciously aware that, deserted though the compartment was, it yet exhaled an alien suggestion, embodied in the rugs, the coats, the hand-baggage of the card-playing travellers, which was heaped upon the seat opposite....