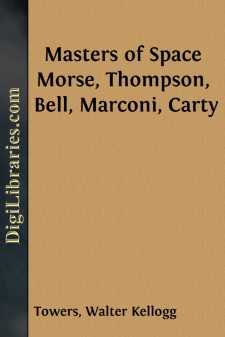 I COMMUNICATION AMONG THE ANCIENTS

It was very early in the history of the world that man began to feel the urgent need of communicating with man at a distance. When village came into friendly contact with village, when nations began to form and expand, the necessity of sending intelligence rapidly and effectively was clearly realized. And yet many centuries passed without the discovery of an effective system. Those discoveries were to be reserved for the thinkers of our age.

We can understand the difficulties that beset King Agamemnon as he stood at the head of his armies before the walls of Troy. Many were the messages he would want to send to his native kingdom in Greece during the progress of the siege. Those at home would be eager for news of the great enterprise. Many contingencies might arise which would make the need for aid urgent. Certainly Queen Clytemnestra eagerly awaited word of the fall of the city. Yet the slow progress of couriers must be depended upon.

One device the king hit upon which was such as any boy might devise to meet the simplest need. "If I can go skating tonight," says Johnny Jones to his chum, "I'll put a light in my window." Such is the simple device which has been used to bear the simplest message for ages. So King Agamemnon ordered beacon fires laid on the tops of Mount Ida, Mount Athos, Mount Cithæron, and on intervening eminences. Beside them he placed watchers who were always to have their faces toward Troy. When Troy fell a near-by fire was kindled, and beacon after beacon sprang into flame on the route toward Greece. Thus was the message of the fall of Troy quickly borne to the waiting queen by this preconceived arrangement. Yet neither King Agamemnon nor his sagest counselors could devise an effective system for expediting their messages.

Prearranged signals were used to convey news in even earlier times. Fire, smoke, and flags were used by the Egyptians and the Assyrians previous to the Trojan War. The towers along the Chinese Wall were more than watch-towers; they were signal-towers. A flag or a light exhibited from tower to tower would quickly convey a certain message agreed upon in advance. Human thought required a system which could convey more than one idea, and yet skill in conveying news grew slowly.

Perhaps the earliest example of marine signaling of which we know is recorded of the Argonautic Expedition. Theseus devised the use of colored sails to convey messages from ship to ship of the fleet, and caused the death of his father by his failure to handle the signals properly. Theseus sailed into conflict with the enemy with black sails set, a signal of battle and of death. With the battle over and himself the victor, he forgot to lower the black flag and set the red flag of victory....