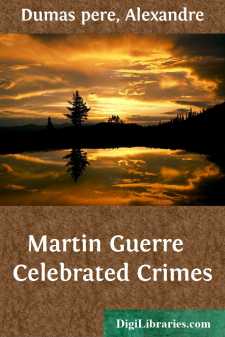 We are sometimes astonished at the striking resemblance existing between two persons who are absolute strangers to each other, but in fact it is the opposite which ought to surprise us. Indeed, why should we not rather admire a Creative Power so infinite in its variety that it never ceases to produce entirely different combinations with precisely the same elements? The more one considers this prodigious versatility of form, the more overwhelming it appears.

To begin with, each nation has its own distinct and characteristic type, separating it from other races of men. Thus there are the English, Spanish, German, or Slavonic types; again, in each nation we find families distinguished from each other by less general but still well-pronounced features; and lastly, the individuals of each family, differing again in more or less marked gradations. What a multitude of physiognomies! What variety of impression from the innumerable stamps of the human countenance! What millions of models and no copies! Considering this ever changing spectacle, which ought to inspire us with most astonishment—the perpetual difference of faces or the accidental resemblance of a few individuals? Is it impossible that in the whole wide world there should be found by chance two people whose features are cast in one and the same mould? Certainly not; therefore that which ought to surprise us is not that these duplicates exist here and there upon the earth, but that they are to be met with in the same place, and appear together before our eyes, little accustomed to see such resemblances. From Amphitryon down to our own days, many fables have owed their origin to this fact, and history also has provided a few examples, such as the false Demetrius in Russia, the English Perkin Warbeck, and several other celebrated impostors, whilst the story we now present to our readers is no less curious and strange.

On the 10th of, August 1557, an inauspicious day in the history of France, the roar of cannon was still heard at six in the evening in the plains of St. Quentin; where the French army had just been destroyed by the united troops of England and Spain, commanded by the famous Captain Emanuel Philibert, Duke of Savoy. An utterly beaten infantry, the Constable Montmorency and several generals taken prisoner, the Duke d'Enghien mortally wounded, the flower of the nobility cut down like grass,—such were the terrible results of a battle which plunged France into mourning, and which would have been a blot on the reign of Henry II, had not the Duke of Guise obtained a brilliant revenge the following year.

In a little village less than a mile from the field of battle were to be heard the groans of the wounded and dying, who had been carried thither from the field of battle. The inhabitants had given up their houses to be used as hospitals, and two or three barber surgeons went hither and thither, hastily ordering operations which they left to their assistants, and driving out fugitives who had contrived to accompany the wounded under pretence of assisting friends or near relations. They had already expelled a good number of these poor fellows, when, opening the door of a small room, they found a soldier soaked in blood lying on a rough mat, and another soldier apparently attending on him with the utmost care.

"Who are you?" said one of the surgeons to the sufferer. "I don't think you belong to our French troops."