Little Abe Or, The Bishop of Berry Brow 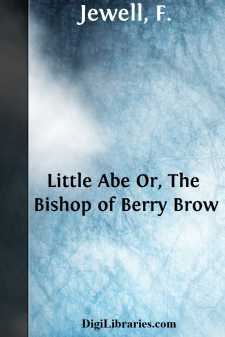 Abraham Lockwood was born on the 3rd November, 1792. His birthplace, also called Lockwood, is situated about a mile and half out of Huddersfield.

It makes no pretensions to importance in any way. The only public building which it boasts, is the Mechanics' Institute, a structure of moderate size, yet substantially built. Its one main street is lined with some very excellent shops, some of whose owners, report says, have made a nice little competency there. It still boasts a toll-bar of its own, which is guarded on either side by two white wooden posts, that take the liberty of preventing all cattle, horses, and asses from evading the gate, and of unceremoniously squeezing into the narrowest limits every person who prefers pavement to the highroad. Lockwood is also important enough to receive the attention of two or three 'buses which ply to and fro between there and Huddersfield, as well as to have the honour of a railway station on the L. and Y. line. Of course years ago, when Abraham Lockwood was brought into the world, this locality was not so attractive as it now is; only a few cottages straggled along the level or up the hill towards Berry Brow, mostly inhabited by weavers and others employed in the cloth manufacture of the neighbourhood. Among these humble cottages there stood, on what is known as the Scarr, one even more unpretentious than the rest: it boasted only one story and two or three rooms in all; it was what Abe used to call a "one-decker."

In this little hut dwelt the parents of Abe Lockwood; the fact of their residing in such a humble home, shows sufficiently that they were poor, perhaps poorer than their neighbours. However, in that same single-storied cot in Lockwood, Abe Lockwood was born, a Lockwoodite by double right, and though age has seriously told upon its appearance, it stands to this day. We sometimes see little old men living on, and year by year growing less and less, until we begin to speculate about the probable time it will require at their rate of diminution for nothing to remain of them; and the same may be said of the little old house in which Abe Lockwood was born; it was always little, but as years have slowly added to its age, it has gradually begun to look less, and now, as other houses of larger size and more improved style have sprung up all around the neighbourhood, it has shrunk into the most diminutive little hut that can well be imagined as a dwelling house, and it only requires time enough for it to be gone altogether.[1]

Abe's parents were a poor but honest pair, and laboured hard to make ends meet. William Lockwood, his father, was a cloth-dresser, and worked on Almondbury common, about a mile from his home, earning but a scanty living for the family. In those days, when machinery was almost unknown in the manufacture and finish of cloth, the men had to work harder and longer and earned much less than now. Those were the times when hard-working men thought that the introduction of machinery into cloth mills would take all the work out of their hands, and all the bread out of their mouths; and this was the very locality where the greatest hostility was shown by the people to such innovations....