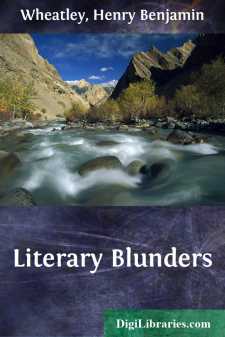 Question 1.—Sound is said to travel about four times as fast in water as in air. How has this been proved? State your reasons for thinking whether sound travels faster or slower in oil than in water. <p 184>

Answer(a).—Mr. Colladon, a gentleman who happened to have a boat, wrote to a friend called Mr. Sturm to borrow another boat and row out on the other side of the lake, first providing himself with a large ear-trumpet. Mr. Colladon took a large bell weighing some tons which he put under water and hit furiously. Every time he hit the bell he lit a fusee, and Mr. Sturm looked at his watch. In this way it was found out as in the question.

It was also done by Mr. Byott who sang at one end of the water pipes of Paris, and a friend at the other end (on whom he could rely) heard the song as if it were a chorus, part coming through the water and part through the air.

(b) This is done by one person going into a hall (? a well) and making a noise, and another person stays outside and listens where the sound comes from. When Miss Beckwith saves life from drowning, her brother makes a noise under water, and she hearing the sound some time after can calculate where he is and dives for him; and what Miss Beckwith can do under water, of course a mathematician can do <p 185>on dry land. Hence this is how it is done.

If oil is poured on the water it checks the sound-waves and puts you out.

Question 2.—What would happen if two sound-waves exactly alike were to meet one another in the open air, moving in opposite directions?

Answer.—If the sound-waves which meet in the open air had not come from the same source they would not recognise each others existence, but if they had they would embrace and mutually hold fast, in other words, interfere with and destroy each other.

Question 9.—Describe any way in which the velocity of light has been measured.

Answer (a).—A distinguished but Heathen philosopher, Homer, was the first to discover this. He was standing one day at one side of the earth looking at Jupiter when he conjectured that he would take 16 minutes to get to the other side. This conjecture he then verified by careful experiment. Now the whole way across the earth is 3,072,000 miles, and dividing <p 186>this by 16 we get the velocity 192,000 miles a second. This is so great that it would take an express train 40 years to do it, and the bullet from a canon over 5000 years.

P.S.—I think the gentlemans name was Romer not Homer, but anyway he was 20% wrong and Mr. Fahrenheit and Mr. Celsius afterwards made more careful determinations.

(b) An Atheistic Scientist (falsely so called) tried experiments on the Satellites of Jupiter. He found that he could delay the eclipse 16 minutes by going to the other side of the earths orbit; in fact he found he could make the eclipse happen when he liked by simply shifting his position. Finding that credit was given him for determining the velocity of light by this means he repeated it so often that the calendar began to get seriously wrong and there were riots, and Pope Gregory had to set things right....