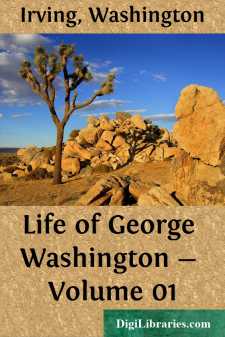 CHAPTER I. GENEALOGY OF THE WASHINGTON FAMILY.

The Washington family is of an ancient English stock, the genealogy of which has been traced up to the century immediately succeeding the Conquest. At that time it was in possession of landed estates and manorial privileges in the county of Durham, such as were enjoyed only by those, or their descendants, who had come over from Normandy with the Conqueror, or fought under his standard. When William the Conqueror laid waste the whole country north of the Humber, in punishment of the insurrection of the Northumbrians, he apportioned the estates among his followers, and advanced Normans and other foreigners to the principal ecclesiastical dignities. One of the most wealthy and important sees was that of Durham. Hither had been transported the bones of St. Cuthbert from their original shrine at Lindisfarne, when it was ravaged by the Danes. That saint, says Camden, was esteemed by princes and gentry a titular saint against the Scots. [Footnote: Camden, Brit. iv., 349.] His shrine, therefore, had been held in peculiar reverence by the Saxons, and the see of Durham endowed with extraordinary privileges.

William continued and increased those privileges. He needed a powerful adherent on this frontier to keep the restless Northumbrians in order, and check Scottish invasion; and no doubt considered an enlightened ecclesiastic, appointed by the crown, a safer depositary of such power than an hereditary noble.

Having placed a noble and learned native of Loraine in the diocese, therefore, he erected it into a palatinate, over which the bishop, as Count Palatine, had temporal, as well as spiritual jurisdiction. He built a strong castle for his protection, and to serve as a barrier against the Northern foe. He made him lord high-admiral of the sea and waters adjoining his palatinate,—lord warden of the marches, and conservator of the league between England and Scotland. Thenceforth, we are told, the prelates of Durham owned no earthly superior within their diocese, but continued for centuries to exercise every right attached to an independent sovereign. [Footnote: Annals of Roger de Hovedon. Hutchinson's Durham, vol. ii. Collectanea Curiosa, vol. ii., p. 83.]

The bishop, as Count Palatine, lived in almost royal state and splendor. He had his lay chancellor, chamberlains, secretaries, steward, treasurer, master of the horse, and a host of minor officers. Still he was under feudal obligations. All landed property in those warlike times, implied military service. Bishops and abbots, equally with great barons who held estates immediately of the crown, were obliged, when required, to furnish the king with armed men in proportion to their domains; but they had their feudatories under them to aid them in this service.

The princely prelate of Durham had his barons and knights, who held estates of him on feudal tenure, and were bound to serve him in peace and war. They sat occasionally in his councils, gave martial splendor to his court, and were obliged to have horse and weapon ready for service, for they lived in a belligerent neighborhood, disturbed occasionally by civil war, and often by Scottish foray....