Life and Perambulations of a Mouse 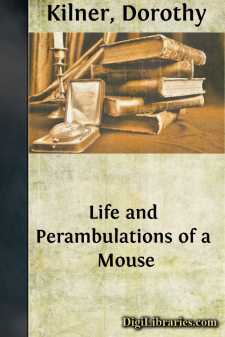 During a remarkably severe winter, when a prodigious fall of snow confined everybody to their habitations, who were happy enough to have one to shelter them from the inclemency of the season, and were hot obliged by business to expose themselves to its rigour, I was on a visit to Meadow Hall; where had assembled likewise a large party of young folk, who all seemed, by their harmony and good humour, to strive who should the most contribute to render pleasant that confinement which we were all equally obliged to share. Nor were those further advanced in life less anxious to contribute to the general satisfaction and entertainment.

After the more serious employment of reading each morning was concluded, we danced, we sung, we played at blind-man's-buff, battledore and shuttlecock, and many other games equally diverting and innocent; and when tired of them, drew our seats round the fire, while each one in turn told some merry story to divert the company.

At last, after having related all that we could recollect worth reciting, and being rather at a loss what to say next, a sprightly girl in company proposed that every one should relate the history of their own lives; 'and it must be strange indeed,' added she, 'if that will not help us out of this difficulty, and furnish conversation for some days longer; and by that time, perhaps, the frost will break, the snow will melt, and set us all at liberty. But let it break when it will, I make a law, that no one shall go from Meadow Hall till they have told their own history: so take notice, ladies and gentlemen, take notice, everybody, what you have to trust to. And because,' continued she, 'I will not be unreasonable, and require more from you than you can perform, I will give all you who may perhaps have forgotten what passed so many years ago, at the beginning of your lives, two days to recollect and digest your story; by which time if you do not produce something pretty and entertaining, we will never again admit you to dance or play among us.' All this she spoke with so good-humoured a smile, that every one was delighted with her, and promised to do their best to acquit themselves to her satisfaction; whilst some (the length of whose lives had not rendered them forgetful of the transactions which had passed) instantly began their memoirs, as they called them: and really some related their narratives with such spirit and ingenuity, that it quite distressed us older ones, lest we should disgrace ourselves when it should fall to our turns to hold forth. However, we were all determined to produce something, as our fair directress ordered. Accordingly, the next morning I took up my pen, to endeavour to draw up some kind of a history, which might satisfy my companions in confinement. I took up my pen, it is true, and laid the paper before me; but not one word toward my appointed task could I proceed. The various occurrences of my life were such as, far from affording entertainment, would, I was certain, rather afflict; or, perhaps, not interesting enough for that, only stupefy, and render them more weary of the continuation of the frost than they were before I began my narration....