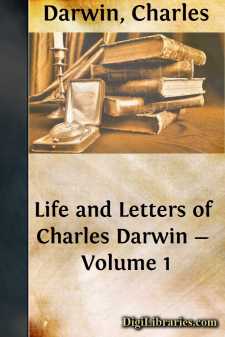 He became much tired in the evenings, especially of late years, when he left the drawing-room about ten, going to bed at half-past ten. His nights were generally bad, and he often lay awake or sat up in bed for hours, suffering much discomfort. He was troubled at night by the activity of his thoughts, and would become exhausted by his mind working at some problem which he would willingly have dismissed. At night, too, anything which had vexed or troubled him in the day would haunt him, and I think it was then that he suffered if he had not answered some troublesome person's letter.

The regular readings, which I have mentioned, continued for so many years, enabled him to get through a great deal of lighter kinds of literature. He was extremely fond of novels, and I remember well the way in which he would anticipate the pleasure of having a novel read to him, as he lay down, or lighted his cigarette. He took a vivid interest both in plot and characters, and would on no account know beforehand, how a story finished; he considered looking at the end of a novel as a feminine vice. He could not enjoy any story with a tragical end, for this reason he did not keenly appreciate George Eliot, though he often spoke warmly in praise of 'Silas Marner.' Walter Scott, Miss Austen, and Mrs. Gaskell, were read and re- read till they could be read no more. He had two or three books in hand at the same time—a novel and perhaps a biography and a book of travels. He did not often read out-of-the-way or old standard books, but generally kept to the books of the day obtained from a circulating library.

I do not think that his literary tastes and opinions were on a level with the rest of his mind. He himself, though he was clear as to what he thought good, considered that in matters of literary taste, he was quite outside the pale, and often spoke of what those within it liked or disliked, as if they formed a class to which he had no claim to belong.

In all matters of art he was inclined to laugh at professed critics, and say that their opinions were formed by fashion. Thus in painting, he would say how in his day every one admired masters who are now neglected. His love of pictures as a young man is almost a proof that he must have had an appreciation of a portrait as a work of art, not as a likeness. Yet he often talked laughingly of the small worth of portraits, and said that a photograph was worth any number of pictures, as if he were blind to the artistic quality in a painted portrait. But this was generally said in his attempts to persuade us to give up the idea of having his portrait painted, an operation very irksome to him.

This way of looking at himself as an ignoramus in all matters of art, was strengthened by the absence of pretence, which was part of his character. With regard to questions of taste, as well as to more serious things, he always had the courage of his opinions. I remember, however, an instance that sounds like a contradiction to this: when he was looking at the Turners in Mr. Ruskin's bedroom, he did not confess, as he did afterwards, that he could make out absolutely nothing of what Mr. Ruskin saw in them. But this little pretence was not for his own sake, but for the sake of courtesy to his host. He was pleased and amused when subsequently Mr. Ruskin brought him some photographs of pictures (I think Vandyke portraits), and courteously seemed to value my father's opinion about them.

Much of his scientific reading was in German, and this was a great labour to him; in reading a book after him, I was often struck at seeing, from the pencil-marks made each day where he left off, how little he could read at a time....