Lectures Delivered in America in 1874 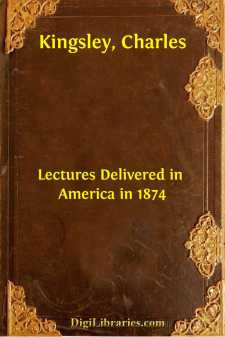 Reverence for age, at least so it has long seemed to me, reverence for age, I say, is a fair test of the vigour of youth; and, conversely, insolence toward the old and the past, whether in individuals or in nations, is a sign rather of weakness than of strength.  And the cause, I think, is this.  The rich and strong young natures, which feel themselves capable of original thought and work, have a corresponding respect for those who, in the generations gone by, have thought and worked as they hope to do hereafter.  And this temper, understand me, so far from being servile, or even merely conservative, usually accompanies true independence of spirit.  The young athlete, like the young race-horse, does not despise, but emulate, his sire; even though the old victor be long past his prime.  The young soldier admires the old general; the young midshipman the old admiral, just in proportion as he himself is likely to be a daring and able officer hereafter.  The son, when grown to man’s estate, may say to his father, I look on you still with all respect and admiration.  I have learnt, and desire always, to learn from you.  But you must be to me now, not a dictator, but an example.  You became what you are by following your own line; and you must let me rival you, and do you honour, by following mine.

This, I believe, is true of nations as well as of individuals.  I do not hesitate to say that, paradoxical as it may seem, the most original races—those who have succeeded best and left their stamp most broadly and permanently on the human race—have also been the most teachable, provided they were allowed to learn in their own way and to adapt to their own purposes any higher ancient civilisation with which they came in contact.  What more striking instances of this truth—for truth it is—than the reverence of the free Republican Greek for the old despotic civilisation of Egypt? and of the free Norseman, our own ancestor, for the old and equally despotic civilisation of Rome?

These—the two most originative and most progressive races of Europe—had a faith in, an awe of, the supposed or real wisdom of the men of old time, which was often exaggerated into a superstition; but never—thanks to their own innate force—degenerated into a bondage.

Pardon me this somewhat dry proœmium; and pardon me, too, if it leads me on to a compliment to the American people, which I trust you will not think impertinent.

For I have seen, and seen with joy, a like spirit in those Americans whom it has been my good fortune to meet in my own land.  I mean this:—That I found in them, however self-teaching and self-determining they might be, that genial reverence for antiquity which I hold to be the sign of a truly generous—that is in the right sense of the grand old word—a truly high-bred, nature.  I have been touched, and deeply touched, at finding so many of them, on landing for the first time at Liverpool, hurrying off to our quaint old city of Chester to gaze on its old girdle of walls and towers; Roman, Mediæval, Caroline; its curious ‘Rows’ of overhanging houses; its fragments of Roman baths and inscriptions; its modest little Cathedral; and the—really very few—relics of English history which it contains.  Even two banners of an old Cheshire regiment which had been in the Peninsular war were almost as interesting, to some, as an illuminated Bible of the early Middle Age.  More than once have I had to repress the enthusiasm of some charming lady and say, ‘But this is nothing.  Do not waste your admiration here.  Go on.  See the British Museum, its marbles and its manuscripts—See the French Cathedrals; the ruins of Provence and Italy; the galleries of Florence, Naples, Rome.’

‘Ah, but you must remember,’ was the answer, ‘these are the first old things I ever saw.’

A mere sentiment?  Yes: but as poets know, and statesmen ought to know, it is by sentiment, when well directed—as by sorrow, when well used—by sentiment, I say, great nations live.  When sentiment dies out, and mere prosaic calculation of loss and profit takes its place, then comes a Byzantine epoch, a Chinese epoch, decrepitude, and slow decay....