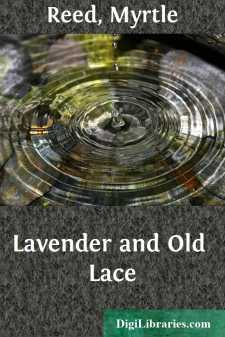 I. The Light in the Window

A rickety carriage was slowly ascending the hill, and from the place of honour on the back seat, the single passenger surveyed the country with interest and admiration. The driver of that ancient chariot was an awkward young fellow, possibly twenty-five years of age, with sharp knees, large, red hands, high cheek-bones, and abundant hair of a shade verging upon orange. He was not unpleasant to look upon, however, for he had a certain evident honesty, and he was disposed to be friendly to every one.

"Be you comfortable, Miss?" he asked, with apparent solicitude.

"Very comfortable, thank you," was the quiet response. He urged his venerable steeds to a gait of about two miles an hour, then turned sideways.

The young woman smiled in listless amusement, but Joe took it for conversational encouragement. "City folks is dretful bashful when they's away from home," he said to himself. He clucked again to his unheeding horses, shifted his quid, and was casting about for a new topic when a light broke in upon him.

"I guess, now, that you're Miss Hathaway's niece, what's come to stay in her house while she goes gallivantin' and travellin' in furrin parts, be n't you?"

"I am Miss Hathaway's niece, and I have never been here before. Where does she live?"

He flourished the discarded fish-pole which served as a whip, and pointed out a small white house on the brow of the hill. Reflection brought him the conviction that his remark concerning Miss Hathaway was a social mistake, since his passenger sat very straight, and asked no more questions.

The weary wheels creaked, but the collapse which Miss Thorne momentarily expected was mercifully postponed. Being gifted with imagination, she experienced the emotion of a wreck without bodily harm. As in a photograph, she beheld herself suddenly projected into space, followed by her suit case, felt her new hat wrenched from her head, and saw hopeless gravel stains upon the tailored gown which was the pride of her heart. She thought a sprained ankle would be the inevitable outcome of the fall, but was spared the pain of it, for the inability to realise an actual hurt is the redeeming feature of imagination.

Suddenly there was a snort of terror from one of the horses, and the carriage stopped abruptly. Ruth clutched her suit case and umbrella, instantly prepared for the worst; but Joe reassured her.

"Now don't you go and get skeered, Miss," he said, kindly; "'taint nothin' in the world but a rabbit. Mamie can't never get used to rabbits, someways." He indicated one of the horses—a high, raw-boned animal, sketched on a generous plan, whose ribs and joints protruded, and whose rough white coat had been weather-worn to grey.

"Mamie" looked around inquiringly, with one ear erect and the other at an angle. A cataract partially concealed one eye, but in the other was a world of wickedness and knowledge, modified by a certain lady-like reserve....