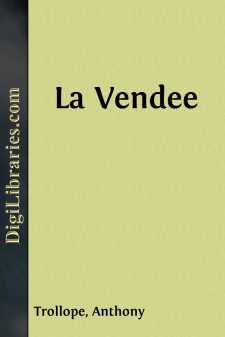 The history of France in 1792 has been too fully written, and too generally read to leave the novelist any excuse for describing the state of Paris at the close of the summer of that year. It is known to every one that the palace of Louis XVI was sacked on the 10th of August. That he himself with his family took refuge in the National Assembly, and that he was taken thence to the prison of the Temple.

The doings on the fatal 10th of August, and the few following days had, however, various effects in Paris, all of which we do not clearly trace in history. We well know how the Mountain became powerful from that day; that from that day Marat ceased to shun the light, and Danton to curb the licence of his tongue that then, patriotism in France began to totter, and that, from that time, Paris ceased to be a fitting abode for aught that was virtuous, innocent, or high-minded; but the steady march of history cannot stop to let us see the various lights in which the inhabitants of Paris regarded the loss of a King, and the commencement of the first French Republic.

The Assembly, though it had not contemplated the dethronement of the King, acquiesced in it; and acted as it would have done, had the establishment of a republic been decreed by a majority of its members. The municipality had determined that the King should fall, and, of course, rejoiced in the success of its work; and history plainly marking the acquiescence of the Assembly, and the activity of the city powers, naturally passes over the various feelings excited in different circles in Paris, by the overthrow of the monarchy.

Up to that period there was still in Paris much that was high, noble, and delightful. The haute noblesse had generally left the country; but the haute noblesse did not comprise the better educated, or most social families in Paris. Never had there been more talent, more wit, or more beauty in Paris than at the commencement of 1792; never had literary acquirement been more fully appreciated in society, more absolutely necessary in those who were ambitious of social popularity.

There were many of this class in Paris who had hitherto watched the progress of the Revolution with a full reliance in the panacea it was to afford for human woes; many who had sympathized with the early demands of the Tiers État; who had rapturously applauded the Tennis Court oath; who had taken an enthusiastic part in the fête of the Champ de Mars; men who had taught themselves to believe that sin, and avarice, and selfishness were about to be banished from the world by the lights of philosophy; but whom the rancour of the Jacobins, and the furious licence of the city authorities had now robbed of their golden hopes. The dethronement of the King, totally severed many such from the revolutionary party. They found that their high aspirations had been in vain; that their trust in reason had been misplaced, and that the experiment to which they had committed themselves had failed; disgusted, broken-spirited, and betrayed they left the city in crowds, and with few exceptions, the intellectual circles were broken up....