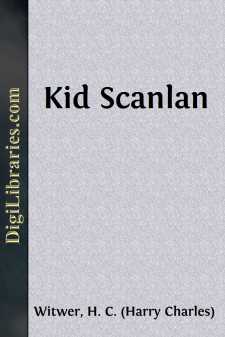 Brains is great things to have, and many's the time I've wished I had a set of 'em in my head instead of just plain bone! Still they's a lot of guys which has gone through life like a yegg goes through a safe, and taken everything out of it that wasn't nailed, with nothin' in their head but hair!

A college professor gets five thousand a year, a good lightweight will grab that much a fight. A school teacher drags down fifteen a week, and the guy that looks after the boilers in the school buildin' gets thirty!

So don't get discouraged if the pride of the family gets throwed out of school because he thinks twice two is eighteen and geography is played with nets. The chances is very bright that young Stupid will be holdin' the steerin' wheel of his own Easy Eight when the other guys, which won all the trick medals for ground and lofty learnin', will be wonderin' why a good bookkeeper never gets more than twenty-five a week. And then, if he feels he's got to have brains around him, now that he's grabbed the other half of the team—money—he can go downtown and buy all the brains he wants for eighteen dollars a week!

So if you're as shy on brains as a bald-headed man is of dandruff, and what's more, you know it, cheer up! Because you can bet the gas-bill money that you got somethin' just as good. Some trick concealed about you that'll keep you out of the bread line. The thing to do is to take an inventory of yourself and find it!

Kid Scanlan's was hangin' from his left shoulder, and it made him enough dimes in five years to step out of the crowd and watch the others scramble from the sidelines. It was just an ordinary arm, size 36, model A, lot 768, same as we all have—but inside of it the Kid had a wallop that would make a six-inch shell look like a lover's caress!

Inside of his head the Kid had nothin'!

Scanlan went through the welterweight division about like the Marines went through Belleau Wood, and, finally, the only thing that stood between him and the title was a guy called One-Punch Ross—the champion. They agreed to fight until nature stopped the quarrel, at Goldfield, Nev. They's two things I'll never forget as long as I pay the premiums on my insurance policy, and they are the first and second rounds of that fight. That's as far as the thing went, just two short frames, but more real scrappin' was had in them few minutes than Europe will see if Ireland busts loose! Except that they was more principals, the battle of the Marne would have looked like a chorus men's frolic alongside of the Ross-Scanlan mêlée. They went at each other like peeved wildcats and the bell at the end of the first round only seemed to annoy 'em—they had to be jimmied apart. Ross opened the second round by knockin' Scanlan through the ropes into the ten-dollar boxes, but the Kid was back and in there tryin' again before the referee could find the body to start a count. After beatin' the champ from pillar to post and hittin' him with everything but the bucket, the Kid rocks him to sleep with a left swing to the jaw, just before the gong....