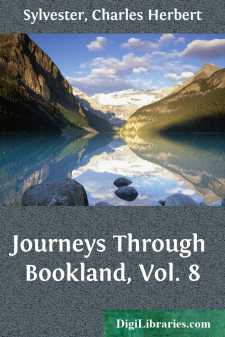 RINGROSE AND HIS BUCCANEERS

Just two days after we took possession of the town of Santa Maria, we departed thence on Saturday, April 17th, 1680. We all embarked in thirty-five canoes, which we had taken while lying at anchor at the front of the town. Thus we sailed, or rather rowed, down the river in quest of the South Sea upon which Panama is seated. Our prisoners, the Spaniards, begged very earnestly that they might be permitted to go with us and not be left to the mercy of the Indians, who would show them no favor and whose cruelty they so much feared, but we had such difficulty in finding boats for ourselves that we could assist them little. However, they found soon after either logs or old canoes, so that they were able to come along with us.

It was my misfortune to have a canoe which was very heavy and consequently sluggish. Because of this we were left behind the rest a little way, there being only four men beside myself in the boat. As the tide fell it left several shoals of sand naked, and hence we, not knowing the location of the channel amongst such a variety of streams, steered for over two miles into a shoal where we were forced to lie by until high water came. As soon as the tide began to turn, we rowed away, but in spite of all our endeavors, we could neither find nor overtake our companions. At ten o’clock, when the tide became low, we stuck an oar in the sands and by turns slept in our canoe, where we were pierced to the skin by the showers that fell in the night.

The next morning, as soon as the day had come, we rowed away down the river in pursuit of our people, and after going about two leagues we were so fortunate as to overtake them at an Indian landing place, where they had been taking in water. They told us that we would not find water again for six days, and that we must without fail fill our jars. Although we made what haste we could, by the time our jars were filled our friends had all departed and were already out of sight. Such is the nature of the pirates; they care not in the least whom they lose or leave behind.

We rowed after them as fast as we possibly could, but all in vain, for here in the mouth of the river the islands were so numerous that it was very easy for us to lose them a second time. After much trouble and toil we did at last find the mouth of the river, but here the tide was again coming in, so that though we were within a stone’s throw from the mouth of the river, we could not go through it, but were forced to put ashore and wait for better water. Accordingly we hauled our canoe close by the bushes and fastened it to a tree which the tide had almost covered.

WE ROWED AWAY DOWN THE RIVER IN PURSUIT

As soon as the tide began to turn, we rowed away again, crossing the Gulf of Miguel. Here we had a very hard time fighting the waves, which dashed against our canoe and might easily have filled and overwhelmed it, for the boat was nearly twenty feet long and not over one and a half broad where it was widest. At dark we landed on an island where we had the most sorrowful resting place I ever experienced in my whole life....