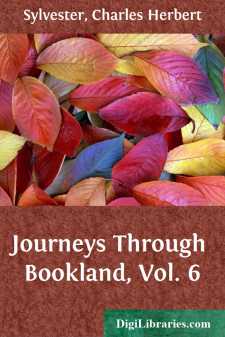 Note.—This spirited poem by Lord Macaulay is founded on one of the most popular Roman legends. While the story is based on facts, we can by no means be certain that all of the details are historical.

According to Roman legendary history, the Tarquins, Lucius Tarquinius Priscus and Lucius Tarquinius Superbus, were among the early kings of Rome. The reign of the former was glorious, but that of the latter was most unjust and tyrannical. Finally the unscrupulousness of the king and his son reached such a point that it became unendurable to the people, who in 509 B. C. rose in rebellion and drove the entire family from Rome. Tarquinius Superbus appealed to Lars Porsena, the powerful king of Clusium for aid and the story of the expedition against Rome is told in this poem.

East and west and south and northThe messengers ride fast,And tower and town and cottageHave heard the trumpet’s blast.Shame on the false EtruscanWho lingers in his home,When Porsena of ClusiumIs on the march for Rome.

There be thirty chosen prophets,The wisest of the land,Who alway by Lars PorsenaBoth morn and evening stand:Evening and morn the ThirtyHave turned the verses o’er,Traced from the right on linen whiteBy mighty seers of yore.

But by the yellow TiberWas tumult and affright:From all the spacious champaignTo Rome men took their flight.A mile around the city,The throng stopped up the ways;A fearful sight it was to seeThrough two long nights and days.

For aged folks on crutches,And women great with child,And mothers sobbing over babesThat clung to them and smiled,And sick men borne in littersHigh on the necks of slaves,And troops of sunburnt husbandmenWith reaping-hooks and staves,

Now, from the rock TarpeianCould the wan burghers spyThe line of blazing villagesRed in the midnight sky.The Fathers of the City,They sat all night and day,For every hour some horseman cameWith tidings of dismay.

Iwis, in all the Senate,There was no heart so bold,But sore it ached, and fast it beat,When that ill news was told.Forthwith up rose the Consul,Uprose the Fathers all;In haste they girded up their gowns,And hied them to the wall....