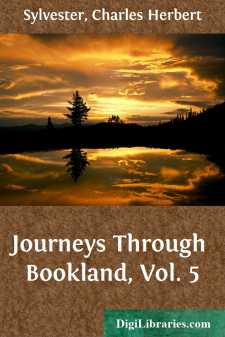 The father of Jonathan Swift was a Dublin lawyer who died just as he was beginning what might have been a profitable career, and before his only son was born. The widow was left with so little money that when her son was born in November, 1667, she was not able to take care of him. Her brother-in-law undertook to provide for mother and child.

He procured a nurse who became so attached to her little charge that when she received a small sum of money from a relative in England and was compelled to go to that country, she stole the baby and took him with her across the channel. It was more than three years before Jonathan was brought back to Dublin, but he had been tenderly cared for, and though but five years of age had been taught to spell and to read in the Bible.

A year later he was sent to a good school, where he made rapid progress. However, he could not have been always studious, for visitors to the school are still shown a desk in which his name is deeply cut.

He was fourteen years old when he entered the University of Dublin, where his record was not a very satisfactory one. When it came time for him to graduate, his standing was too poor for him to take his degree, but after some delay it was given him "by special favor," a term then used in Dublin to show that a candidate did not pass in his examinations.

After this, Swift remained three years at the University under the pretense of studying, but he was chiefly notorious for his connection with a gang of wild and disobedient students who were often under censure of the faculty for their irregularities. For one offense Swift was severely censured and compelled upon his knees to beg pardon of the dean. This punishment he did not forgive, and long afterward he wrote bitter things about Dr. Allen, the dean.

Yet while indulging in these follies, Swift learned to write well and became noted for a peculiar satirical style that afterward made him much feared by the government.

When the uncle who had first supported Swift had died, a second uncle and his son took up the burden. At one time this cousin sent Swift quite a large sum of money, a fact which seemed to change the nature of the wild young spendthrift, who thereafter remained economical; in fact, he became niggardly in his saving.

Swift's second degree from the University was earned creditably, and he was much pleased with the praise and respect with which he was received. This was owing to two years of diligent study which he spent at the home of Sir William Temple, a leading statesman of the time and a distant relative by marriage of Swift's mother.

Discouraged by his fruitless attempt to enter public life, he began to study for the ministry, and, ultimately, he received a church appointment, of which he wearied after a short experience.

Until 1710, he led a varied life, sometimes dependent upon his relatives, and at others making his way in various political positions. From the date above he was embroiled in heated political controversies in which his bitter writings made him feared even by his friends and fiercely hated by his enemies....