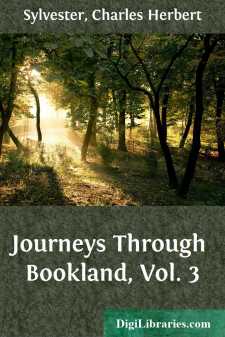 Last spring I found a pumpkin seed,  And thought that I would goAnd plant it in a secret place,  That no one else would know,And watch all summer long to see  It grow, and grow, and grow,And maybe raise a pumpkin for  A Jack-a-lantern show.

I stuck a stick beside the seed,  And thought that I should shoutOne morning when I stooped and saw  The greenest little sprout!I used to carry water there,  When no one was about,And every day I'd count to see  How many leaves were out.

Till by and by there came a flower  The color of the sun,Which withered up, and then I saw  The pumpkin was begun;But oh! I knew I'd have to wait  So long to have my fun,Before that small green ball could be  A great big yellow one.

At last, one day, when it had grown  To be the proper size,Said Aunt Matilda: "John, see here,  I'll give you a surprise!"She took me to a pantry shelf,  And there before my eyes,Was set a dreadful row of half  A dozen pumpkin pies.

Said Aunt Matilda; "John, I found  A pumpkin, high and dry,Upon a pile of rubbish, down  Behind that worn-out sty!"O, dear, I didn't cry, because  I'm quite too big to cry,But, honestly, I couldn't eat  A mouthful of the pie.

NOTE.—The Mock Turtle's Story is from Alice in Wonderland, one of the most delightful books that ever was written for children. It tells the story of a little girl's dream of Wonderland—a curious country where one's size changes constantly, and where one meets and talks with the quaintest, most interesting creatures. Through the Looking-Glass, a companion book to Alice in Wonderland, is almost equally charming, with its descriptions of the land where everything happens backward. Queen Alice, and The Walrus and the Carpenter, are from Through the Looking-Glass.

The real name of the man who wrote these books was Charles Lutwidge Dodgson, but every one knows him better as Lewis Carroll. He was a staid and learned mathematician, who wrote valuable books on most difficult mathematical subjects; for instance, he wrote a Syllabus of Plane Algebraical Geometry, and it is not a joke, though the name may sound like one to a person who has read Alice in Wonderland. However, there was one subject in which this grave lecturer on mathematics was more interested than he was in his own lectures, and that was children—especially little girls. He liked to have them with him always, and they, seeing in him a friend and playmate, coaxed him constantly for stories and stories, and yet more stories.

One day, in July, 1862, he took three of his little friends, Alice and Edith and Lorina Liddell, for a trip up the river, and on that afternoon he began telling them about Alice and her Wonderland, continuing the story on other occasions, He had no intention then of making a book, but the story pleased little Alice and her sisters so well that they talked about it at home and among their grown-up friends, who finally persuaded the author to have it printed. It has gone on growing more and more popular, and will keep on doing so as long as children love fun and wonderful happenings.

The pictures which Sir John Tenniel made for Lewis Carroll's books are almost as famous as the books themselves, and every child who has studied them knows exactly how dear little Alice looked, and feels certain that he would recognize a Gryphon or a Mock Turtle anywhere....