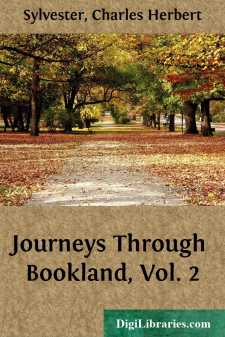 Many centuries ago, more than six hundred years before Christ was born, there lived in Greece a man by the name of Aesop. We do not know very much about him, and no one can tell exactly what he wrote, or even that he ever wrote anything.

We know he was a slave and much wiser than his masters, but whether he was a fine, shapely man or a hunchback and a cripple we cannot be sure, for different people have written very differently about him.

No matter what he was or how he lived, many, many stories are still told about him, and the greater part of the fables we all like to read are said to have been written or told by him, and everybody still calls them Aesop's fables.

Some of the stories told about him are curious indeed. Here are a few of them.

In those days men were sold as slaves in the market, as cattle are sold now. One day Aesop and two other men were put up at auction. Xanthus, a wealthy man, wanted a slave, and he said to the men: "What can you do?"

The two men bragged large about the things they could do, for both wanted a rich master like Xanthus.

"But what can you do?" said Xanthus, turning to Aesop.

"The others can do so much and so well," said Aesop, "that there's nothing left for me to do."

"Will you be honest and faithful if I buy you?"

"I shall be that whether you buy me or not."

"Will you promise not to run away?"

"Did you ever hear," answered Aesop, "of a bird in a cage that promised to stay in it?"

Xanthus was so much pleased with the answers that he bought Aesop.

Some time afterward, Xanthus, wishing to give a dinner to some of his friends, ordered Aesop to furnish the finest feast that money could buy.

The first course Aesop supplied was of tongues cooked in many ways, and the second of tongues and the third and the fourth. Then Xanthus called sharply to Aesop:

"Did I not tell you, sirrah, to provide the choicest dainties that money could procure?"

"And what excels the tongue?" replied Aesop. "It is the great channel of learning and philosophy. By this noble organ everything wise and good is accomplished."

The company applauded Aesop's wit, and good humor was restored.

"Well," said Xanthus to the guests, "pray do me the favor of dining with me again to-morrow. And if this is your best," continued he turning to Aesop, "pray, to-morrow let us have some of the worst meat you can find."

The next day, when dinner-time came, the guests were assembled. Great was their astonishment and great the anger of Xanthus at finding that again nothing but tongue was put upon the table.

"How, sir," said Xanthus, "should tongues be the best of meat one day, and the worst another?"

"What," replied Aesop, "can be worse than the tongue? What wickedness is there under the sun that it has not a part in? Treasons, violence, injustice, and fraud are debated and resolved upon by the tongue. It is the ruin of empires, of cities, and of private friendships."

At another time Xanthus very foolishly bet with a scholar that he could drink the sea dry....