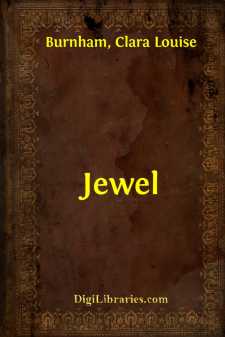 CHAPTER I THE NEW COACHMAN

"Now you polish up those buckles real good, won't you, 'Zekiel? I will say for Fanshaw, you could most see your face in the harness always."

The young fellow addressed rubbed away at the nickel plating good humoredly, although he had heard enough exhortations in the last twenty-four hours to chafe somewhat the spirit of youth. His mother, a large, heavy woman, stood over him, her face full of care.

"It's a big change from driving a grocery wagon to driving a gentleman's carriage, 'Zekiel. I do hope you sense it."

"You'd make a bronze image sense it, mother," answered the young man, smiling broadly. "You might sit and sermonize just as well, mightn't you? Sitting's as cheap as standing,"—he cast a glance around the clean spaces of the barn in search of a chair,—"or if you'd rather go and attend to your knitting, I've seen harness before, you know."

"I'm not sure as you've ever handled a gentleman's harness in your life, 'Zekiel Forbes."

"It's a fact they don't wear 'em much down Boston way."

His mother regarded his shock of light hair with repressed fondness.

"It was a big responsibility I took when I asked Mr. Evringham to let you try the place," she said solemnly, "and I'm going to do my best to help you fill it. It does seem almost a providence the way Fanshaw's livery fits you; and if you'll hold yourself up, I may be partial, but it seems to me you look better in it than he ever did; and I'm sure if handsome is as handsome does, you'll fill it better every way, even if he was a fashionable English coachman. Mrs. Evringham was so pleased with his style she tried to have him kept even after he'd taken too much for the second time; but Mr. Evringham valued his horses too highly for that, I can tell you."

"Thought the governor was a widower still," remarked Ezekiel as his mother drew forward a battered chair and dusted it with the huge apron that covered her neat dress. She seated herself close to her boy.

"Of course he is," she returned with some asperity. "Why should he get married with such a home as he's got? Fifteen years I've kept house for Mr. Evringham. I don't believe but what he'd say that in all that time he's never found his beef overdone or a button off his shirts."

"Humph!" grunted Ezekiel. "He looks as if he wouldn't mind hanging you to the nearest tree if he did. I heard tell once that there was a cold hell as well as a hot one. Think says I, when the governor was looking me over the other day, 'You've set sail for the cold place, old boy.'"

"Zeke Forbes, don't you ever let me hear you say such a thing again!" exclaimed Mrs. Forbes. "Mr. Evringham is the finest gentleman within one hundred miles of New York city. When a man has spent his life in Wall Street it's bound to show some in his face, of course; but what comfort has that man ever known?"

"Pretty scrumptious place he's got here in this park, I notice," returned the new coachman.

"Yes, he has a breath of fresh air before he goes to the city and after he gets back every day....