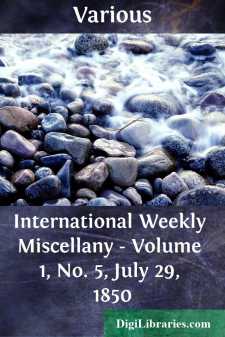 The history of smuggling in all countries abounds in curiosities of which but few ever reach the eye of the public, the parties generally preferring to keep their adventures to themselves. There often exist, however, along frontier lines the traditions of thrilling exploits or amusing tricks, recounted by old smugglers from the recollections of their own youthful days or the narratives of their predecessors. Perhaps no frontier is so rich in these tales as that between Spain and France, where the mountainous recesses of the Pyrenees offer secure retreats to the half-robber who drives the contraband trade, as well as safe routes for the transportation of his merchandise. On the line between the Russian Empire and Germany the trade is greater in amount than elsewhere, but is devoid of the romantic features which it possesses in other countries. There, owing to the universal corruption of the servants of the Russian government, the smuggler and the custom-house officer are on the best terms with each Other and often are partners in business. We find in a late number of the Deutsche Reform, a journal of Berlin, an interesting illustration of the extent and manner in which these frauds on the Russian revenue are carried on, and translate it for the International:

"The great annual tea-burning has just taken place at Suwalki: 25,000 pounds were destroyed at it. This curious proceeding is thus explained. Of all contraband articles that on the exclusion of which the most weight is laid, is the tea which is brought in from Prussia. In no country is the consumption of tea so great as in Poland and Russia. That smuggled in from Prussia, being imported from China by ship, can be sold ten times cheaper than the so-called caravan-tea, which is brought directly overland by Russian merchants. This overland trade is one of the chief branches of Russian commerce, and suffers serious injury from the introduction of the smuggled article. Accordingly the government pays in cash, the extraordinary premium of fifty cents per pound for all that is seized, a reward which is the more attractive to the officers on the frontiers for the reason that it is paid down and without any discount. Formerly the confiscated tea was sold at public auction on the condition that the buyer should carry it over the frontier; Russian officers were appointed to take charge of it and deliver it in some Prussian frontier town in order to be sure of its being carried out of the country. The consequence was that the tea was regularly carried back again into Poland the following night, most frequently by the Russian officers themselves. In order to apply a radical cure to this evil, destruction by fire was decreed as the fate of all tea that should be seized thereafter. Thus it is that from 20,000 to 40,000 pounds are yearly destroyed in the chief city of the province. About this the official story is, that it is tea smuggled from Prussia, while the truth is that it is usually nothing but brown paper or damaged tea that is consumed by the fire....